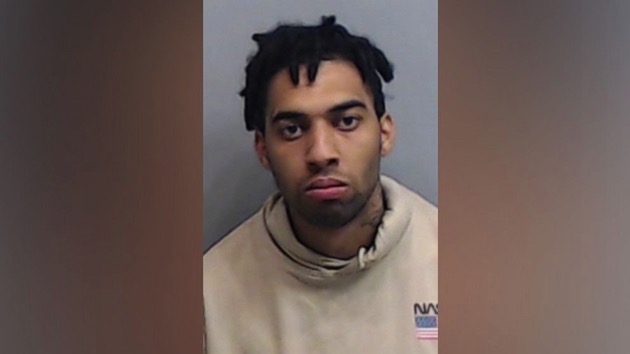 (ATLANTA) — Authorities are still searching for a suspect in a shooting that killed a 7-year-old while she was Christmas shopping with her family in Atlanta last week.

Kennedy Maxie and her aunt were in a car driving past a mall in the Buckhead area on Dec. 21 when she was struck by a stray bullet, officials said. She died five days later due to her injuries, police said.

The suspect, Daquan Reed, 24, was in the parking lot of Saks Fifth Avenue when he got into an argument with others, according to police. Reed then left the parking lot in a car and allegedly fired shots out the window in a “senseless act of rage,” lead investigator Lt. Pete Malecki said. Reed allegedly fired three shots, one of which struck the car Maxie was in, police said.

“It’s our hope that this will provide at least a sliver of relief to Kennedy’s family,” Malecki said during a press briefing Tuesday.

“It was senseless, it shouldn’t have happened,” he later said.

Police believe there was only one shooter, Malecki said.

The Atlanta Police Department is offering a $15,000 reward for information leading to the arrest of Reed, who police believe resides out of state. He previously was convicted on a forgery charge, according to Malecki.

“The men and women of the Atlanta Police Department will not rest until we’ve brought this individual to justice,” interim police chief Rodney Bryant said during the briefing. “We have identified him, and we will continue to work diligently to bring him back into the city of Atlanta to serve out his justice.”

Anyone with information should contact 911 or Crime Stoppers Atlanta. Tips be submitted anonymously at 404-577-TIPS (8477) or online at www.StopCrimeATL.com.

Biden administration’s ties to Uber, Lyft in spotlight after vaccine-assistance partnership announced
More fentanyl seized by CBP so far in 2021 than in all of 2020
Broncos hire Kelly Kleine as Executive Director of Football Operations/Special Advisor to the General Manager
‘Made in America’ camping companies help the US prepare for summer adventures
2 detention deputies terminated after death of Black inmate Jamal Sutherland in Charleston jail
Jury selection for man charged in Mollie Tibbetts’ death begins in Iowa