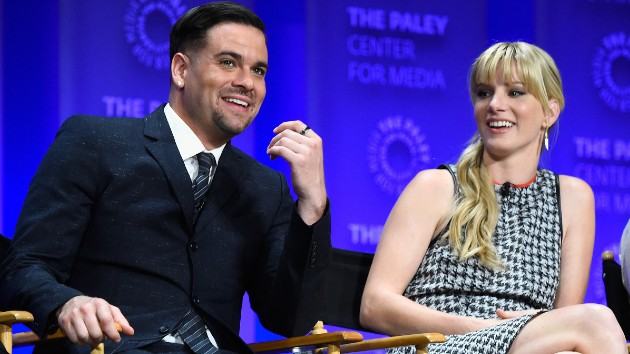 (LOS ANGELES) — Former Glee star Heather Morris is apologizing after she defended her former co-star Mark Salling, who died by suicide in 2018 after being convicted on child pornography charges.

Last week, Morris tweeted a Glee cast photo of the former Fox phenomenon to commemorate the 10-year anniversary of the show’s Christmas special.  In response, one Twitter user reposted the picture with the “puking emoji” over Salling’s face.

“The vomit face on Marks face is offensive,” Heather commented in a since-deleted tweet.  According to People, the rest of that tweet referenced the deaths of Glee co-stars Cory Monteith, who died of a drug overdose in 2013, and Naya Rivera, who drowned earlier this year.

Morris wrote of the three late Glee actors, “It is SO incredibl[y] tough to have to act like that 3rd one is invisible, because even though his actions are unjustifiable, he was a part of our family at one point and he was mentally SICK. Yes pedophelia [sic] is a sickness.”

But Morris returned to Twitter again Monday to comment, “Whether you, a friend [or] a family member has been a victim of pedophilia, I realize my words may have been insensitive. To all those who felt triggered by my message, I want to sincerely apologize for the harm I caused.”

“Whether you, a friend [or] a family member has been a victim of pedophilia, I realize my words may have been insensitive to your experience and for that I can’t express enough how sorry I am,” Morris concluded.

Salling’s suicide came weeks before he was to start a prison sentence for possession of tens of thousands of pornographic pictures and hundreds of videos investigators discovered following his arrest in 2015.