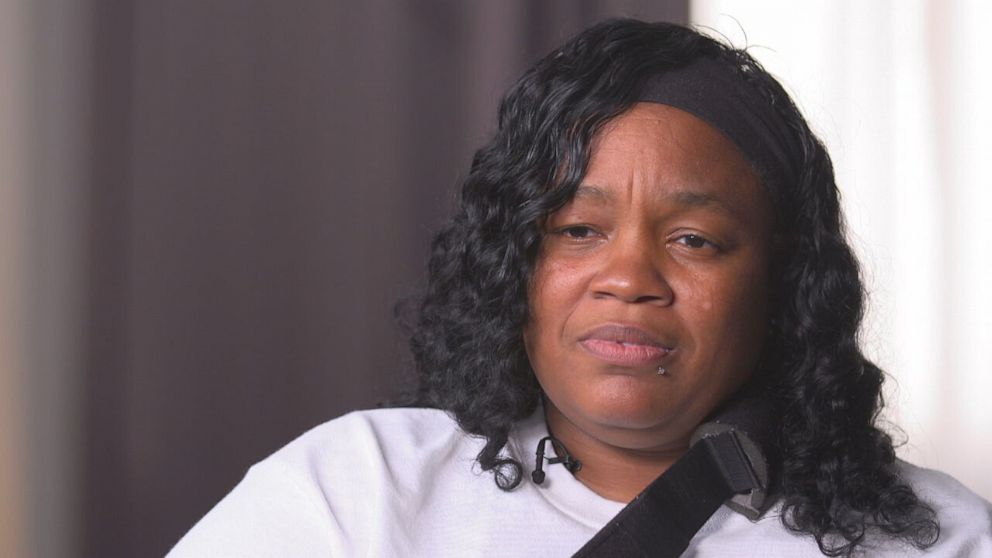 (LOUISVILLE, Ky.) — Breonna Taylor’s mother is preparing for a difficult Christmas. It’s the first one the family is going to celebrate without her.

PREVIEW: As many families face a holiday season unlike any other, Breonna Taylor’s mother, Tamika Palmer is preparing for a difficult Christmas – the first without her daughter. Palmer spoke with @TheBradMielke on holidays without Breonna – https://t.co/Duwg84VAUX pic.twitter.com/a6JSxIiQDr

This interview is part of a “Start Here” series coming next week that will examine the fallout from the year’s biggest stories.

Nine months ago, in the early morning hours of March 13, Louisville Metro police arrived at Taylor’s home in connection to an investigation into her ex-boyfriend, who was already in custody at the time.

Though police say they announced themselves repeatedly, Taylor’s boyfriend Kenneth Walker said neither he nor Taylor knew who was at their door. When police burst in, Walker, a licensed gun owner, said he fired a single shot at the ground as a warning shot, thinking there were intruders trying to break in. Police immediately returned fire.

Taylor was killed in the shooting and one officer, Sgt. Jon Mattingly, was shot in the leg.

It took several months for her name to gain recognition across the country, but in the wake of George Floyd’s killing in Minneapolis, thousands demanded justice for Taylor’s death as well. Protesters took to the streets and her family entered into the role of activists.

“Before that day, a year ago, you couldn’t have never told me that I’d be that person, because I’ve always been a private person,” Palmer said. “I don’t like to speak out in crowds and I don’t want to be that person in the light. So, to have this thing happening now … it’s not something I want to do, it’s something I have to do.”

She says the outpouring of support and sudden prominence was both overwhelming and inspiring.

“It’s beautiful to watch people come from all over the world to stand together for a person a lot of them never even knew,” Palmer said.

She says the thoughts of people hurt during protests and businesses destroyed weigh heavily on her.

“You carry that burden. These people are out here because what happened to Breonna is wrong. But now the people that are getting hurt are innocent,” she said. “People’s businesses are burning or being torn apart. You start to carry that.”

“We’re still fighting nine months later. We’re still dealing with everything that went wrong that night and nobody willing to stand up to that,” she said. “As a city, as a nation, we’ll never heal until people are held accountable. I don’t see it going anywhere anytime soon. It definitely won’t for me, because I can’t stop fighting.”

Louisville’s Metro Council has since passed a law named “Breonna’s Law,” which bans the use of “no-knock” warrants, which allow the police to forcibly enter people’s homes without giving warning.

“Changing laws and policies is good,” she said. “But if we don’t hold the people accountable that broke those laws and those policies, then what are we really doing?”

Louisville officials also agreed to pay Taylor’s mother $12 million to settle a wrongful death lawsuit and to institute police reforms. The city made no admission of wrongdoing and the settlement resolved lawsuits against the city and the police officers involved in the shooting. Federal officials are also investigating possible civil rights violations.

“I mean, no settlement’s great enough … on civil justice. But it doesn’t change the fact that my daughter was murdered that night,” Palmer said. “She doesn’t benefit from that settlement. That wasn’t a win at all.”

Three officers in the group of seven fired their guns that night: Mattingly, Myles Cosgrove and Brett Hankison, the last of whom was later fired from the police force. Mattingly and Cosgrove were placed on administrative leave.

Hankison was charged with wanton endangerment for allegedly endangering Taylor’s neighbors when he fired into the apartment complex. He has pleaded not guilty. None of the officers were charged in connection with Taylor’s death.

“Start Here” offers a straightforward look at the day’s top stories in 20 minutes. Listen for free every weekday on Apple Podcasts, Google Podcasts, Spotify, the ABC News app or wherever you get your podcasts.

The FDA panel decision on vaccine boosters shows the process worked: Fauci
A family promise led her to Mount Cristo Rey, the site of a pilgrimage for those seeking a miracle
How LA County countered recall-election disinformation in real time on social media
Texas abortion ban puts spotlight on medication abortions
Latinos in sports are drawing on their heritage to inspire others
‘Justice for J6’ updates: Rally concludes without any known major incidents