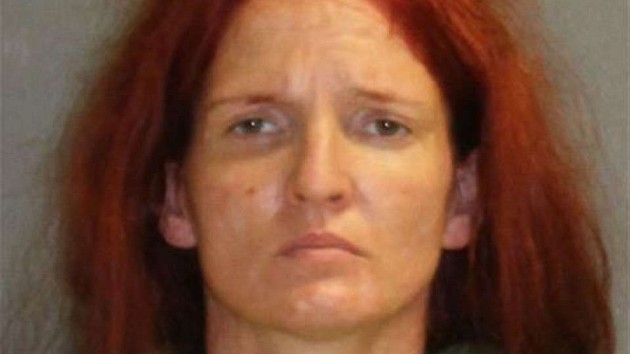 (NEW YORK) — A woman has been arrested after attacking a maid and throwing her German Shepherd off of a motel balcony.

The incident occurred at approximately 12 p.m. on Dec. 14 when the Daytona Beach Police received a call from staff at a Motel 6 reporting that a woman had attacked one of the motel’s maids and had been standing over a railing and threatening to jump off of the motel’s second floor balcony.

When deputies arrived, however, the suspect, 35-year-old Allison Murphy, was locked inside of her room.

In police body camera released by Volusia Sheriff’s Office, authorities can be seen knocking on the door several times in an attempt to coax Murphy out of the motel room when the door suddenly swings open and Murphy comes out with a leashed German Shepherd which she immediately picks up and throws over the railing to the ground.

The dog — now nicknamed “Miracle” by Volusia County Animal Services — managed to land feet first and tried to run away before she was corralled by bystanders.

Murphy, meanwhile, was tackled to the floor in her motel room and taken into custody by authorities.

“Volusia County Animal Services took custody of the dog and nicknamed her “Miracle,” as no name was provided,” said the Volusia County Sheriff’s Office in a statement on social media. “She was taken to Atlantic Animal Hospital in Port Orange for emergency evaluation, and is now in the care of Animal Services. Thankfully, during her examination, it was determined that Miracle escaped serious injury. However, an X-ray revealed a sewing needle was lodged in her right thigh. Miracle underwent a procedure to safely remove the needle and is currently recovering with Animal Services.”

Authorities did not disclose what led up to Murphy’s alleged attack on the motel maid and to her throwing her dog off of the balcony but did say that a petition for custody over Miracle will be scheduled in the courts in the coming weeks.

Murphy currently remains in custody and has been charged with felony charges of animal cruelty and resisting an officer with violence. The investigation into the incident is ongoing.