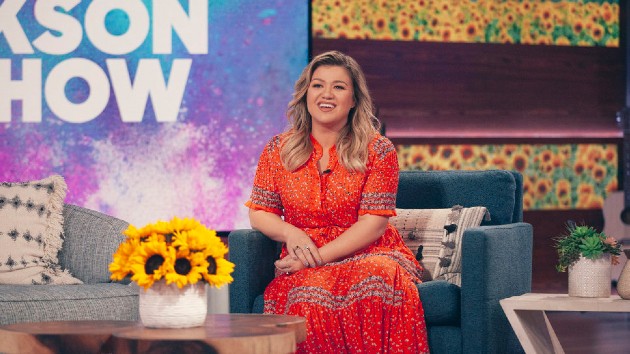 (LOS ANGELES) — Kelly Clarkson had a bit of a rough year as far as her personal life goes, so it’s great that she’s now got something to celebrate.

Now in its second season, her program The Kelly Clarkson Show has been renewed for two additional seasons, through 2023. In a statement, NBCUniversal executive Tracie Wilson said, “One ray of sunshine in this wildly unpredictable year is that we get to continue to deliver to stations and fans, a show that brings people together.”

During the pandemic, Kelly continued to film new episodes of her show, both from Montana and from her house in Los Angeles. She returned to the studio to film season two in September, albeit with a virtual audience.

The renewal is no surprise, given that The Kelly Clarkson Show is the most-watched new talk show in seven years. The show also won three Daytime Emmys in its first year, including one for Kelly herself for Outstanding Entertainment Talk Show Host.

Mom dying of ovarian cancer shares what she wants women to know about the deadly disease
First ‘SNL’ guests of the season: Owen Wilson, Kim Kardashian West, Rami Malek, and Jason Sudeikis
Tonight on ABC: ‘The Wonder Years’
Is It Time To Go All-In On The Raiders?
‘Ted Lasso’ Emmy winner Brett Goldstein has been off the market, his comedienne girlfriend confirms
Melissa Joan Hart reflects on ‘﻿Sabrina the Teenage Witch’﻿ ahead of show’s 25th anniversary