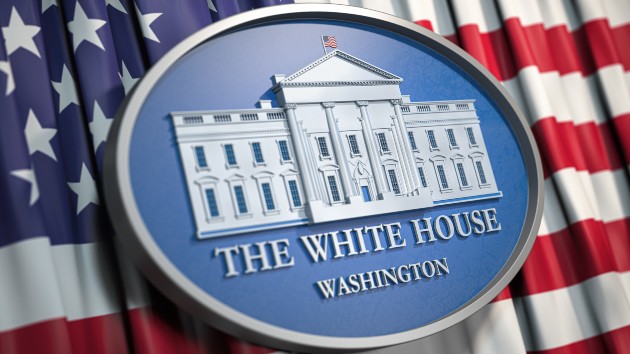 (WASHINGTON) — President Donald Trump is slated to hand over control of the White House to President-elect Joe Biden in 40 days.

Vice President-elect and California Sen. Kamala Harris arrived on Capitol Hill Friday morning ahead of the Senate’s midnight deadline to pass a one-week continuing resolution on a government funding bill to prevent a shutdown.

“I’m here to vote,” Harris told reporters as she entered the building.

Harris was last on the Hill on Nov. 17 to vote against a Trump nominee to the Federal Reserve Board of Governors.

The Trump presidency is now destined to end with falsehoods — a blizzard of baseless accusations about the election that he lost, as distilled into a final plea to the Supreme Court.

Trump’s ask is for the nation’s highest court to overturn the results of the election. As unlikely as he is to succeed, that breathtaking statement doesn’t even encapsulate the principles at stake that will matter long after Biden is inaugurated.

Some 106 House Republicans — more than half the GOP conference — are backing the president’s effort to get the Supreme Court to step in. More than that number continue to resist labeling Biden “president-elect,” just three days before the Electoral College will cement Biden’s victory based on certified results from every state.

So much of the Trump era is ephemeral and transactional. Some Trump loyalists will essentially pretend as if Trump never existed, or that his smashing of conservative principles in service to Trumpism wasn’t what it was.

But some of those principles — of federalism, the rule of law and even basic democracy and common sense — are still at stake at this moment.

Trump once famously promised to his supporters that they would be “sick and tired of winning” one day. Now, though, what Trump is losing could outlast the limited days of his presidency.

While Trump waits to hear whether the Supreme Court will take up Texas’ case seeking to overturn and invalidate the votes of millions of Americans in four battleground states, he’s continuing his pressure campaign on the high court Friday morning, calling on justices to “do what everybody knows has to do be done.”

Experts say justices are unlikely to take up the case, but the Texas lawsuit has quickly become a loyalty test for Republicans with 106 representatives — about one-fourth of the House or half of the Republican caucus — asking the high court to disregard millions of votes in a democratic election.

Trump also voiced his resistance Friday morning to turning over distribution of coronavirus vaccines to the incoming Biden administration, tweeting “they want to come in and take over one of the ‘greatest and fastest medical miracles in modern day history"” and slamming the Federal Drug Administration as a “big, old, slow, turtle” moments after Health and Human Services Secretary Alex Azar told ABC’s Good Morning America that emergency authorization use of Pfizer’s coronavirus vaccine is imminent and vaccinations could start as early as Monday. Trump’s tweet follows months of him pressuring the agency to speed up its process for approving vaccinations.

Meanwhile, as the Biden White House takes shape, the president-elect is turning to familiar faces in former Obama administration officials to fill top posts and will be introducing some of those picks from Wilmington, Delaware, Friday afternoon.

His latest additions include tapping Dennis McDonough, former President Barack Obama’s chief of staff, as his nominee for secretary of veterans affairs, and naming Susan Rice, Obama’s former national security adviser, as the director of his White House Domestic Policy Council. These picks have some Democrats worried that with the resurgence of so many Obama-era officials there’s little room for rising stars in the party.

In another historic first for the Biden team, the president-elect and Vice-President-elect Kamala Harris were named as Time’s 2020 “Person of the Year” — the first time a vice president has been given the title.