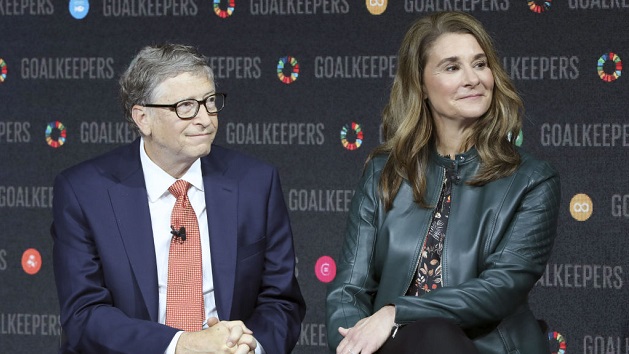 (NEW YORK) — Bill Gates has warned about the need to prepare for a pandemic for years. Since the novel coronavirus swept across the country in March, the billionaire has put his money where his mouth is.

“This will be seared in the memory of this generation, hopefully enough, to invest, to be more ready next time. Hopefully to invest more in all these infectious diseases that are still a huge problem,” Gates told ABC News.

The Bill and Melinda Gates Foundation announced a new $250 million commitment on Thursday, adding to the foundation’s total investment to $1.75 billion into combating COVID-19 through vaccine development and distribution.

“The plan is coming together to get this vaccine out. So, you know, it’s a tragedy, but there’s a lot of heroes in the process of getting it to end,” said Gates.

Gates, who had invested in the vaccine technology in 2015, emphasized the importance of messenger RNA (mRNA) vaccines ending this pandemic and potentially ones to come in the future.

“Well, your immune system is kind of magic. If it sees a foreign shape once, then it says, ‘Wow, if I ever see that again, I am going to react very quickly,’ and so that it doesn’t cause a problem,” said Gates.

“With mRNA, we actually give instructions to your cells to make them build part of the virus,” said Gates, who said that the immune system kicks in to help inoculate against the virus.

The U.K. was the first country to authorized the Pfizer/BioNTech COVID-19 vaccine and began distributing it to first-wave participants on Dec. 8.

The U.S. is likely not far behind on authorizing emergency use and beginning to distribute a that COVID-19 vaccine. On Dec. 10, a U.S. Food and Drug Administration advisory panel held a hearing on the Pfizer COVID-19 vaccine. Alex Azar, the U.S Department of Health and Human Services secretary, offered ABC News an optimistic look the vaccine authorization process.

“If things are on track, the advisory committee goes well, I believe we could see FDA authorization within days,” Azar told ABC News on Dec. 6.

Gates said that citizens in other countries may not be as lucky and could potentially be left behind amid the rush to manufacture, obtain and distribute the vaccines.

“Well, there are many countries that have no vaccine factories at all, and it doesn’t make any sense that their citizens wouldn’t get any protection,” said Gates. “We want to end the disease everywhere, so we’re not constantly having these re-infections. And if anyone cares about equity, they should not want the vaccines only to go to the rich people or the rich countries.”

President Donald Trump signed an executive order on Dec. 9 that stated the U.S. would only share its vaccine doses after “all Americans who choose to be vaccinated” are able to.

Gates said that he was hopeful other billionaires will step up to help fill the global gaps in vaccine distribution.

“I always think we could do more, we should give more, give smarter,” he told ABC News. “I hope in the future people are even more generous.”

Although vaccine authorization and distribution is imminent, the U.S. saw its deadliest week since the beginning of the pandemic this week, with 15,578 deaths — roughly the equivalent to 92 deaths every hour, ABC News reported.

In less than a week alone, the U.S. has reported 1.4 million new cases.

Gates said he hopes what the U.S. has done and learned during the coronavirus pandemic will help mitigate the next global disease outbreak.

“Well, you know, just the way people have come together on this. Science, caring about other people,” he said. “I’m very hopeful the way we get out of this disaster sets a model for innovation and cooperation.”

Hostess assaulted at NYC restaurant after asking Texas patrons for proof of COVID-19 vaccination
COVID-19 live updates: More than 10,000 new deaths reported in US in one week
More than 600,000 flags on National Mall stand witness to America’s COVID dead
Murdaugh murders and mysteries timeline: Key events in the South Carolina family’s scandals and deaths
Mississippi health officials warn some pregnant women have been denied COVID vaccine despite ongoing surge
Alaska once had the highest vaccination rate. Now it’s in a COVID-19 crisis.