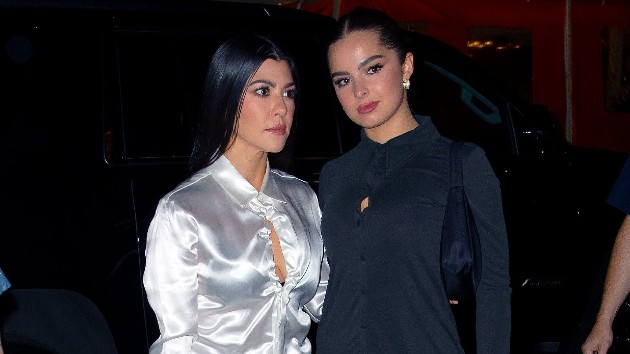 (LOS ANGELES) — It looks like fans will be able to keep up with Kourtney Kardashian after all.

On Tuesday, the reality star revealed that she’ll be making an appearance in the upcoming film He’s All That, starring 20-year-old TikTok influencer Addison Rae.

In an Instagram post, Kourtney, 41, is lounging in bed with a script in her hand. “Studying @hesallthatmovie,” she wrote as the caption.

He’s All That is a remake the 1999 Freddie Prinze Jr. and Rachel Leigh Cook led rom-com She’s All That, with a bit of a switch-up. The original featured a male giving a girl a makeover but, according to IMDB, in the reimagined version “a teenage girl sets out to give a nebbish classmate the ultimate high school makeover.”

Kourtney and Addison seemed to have forged a close friendship over the summer, which they showcased all over social media.

Addison appeared supportive of her friend joining her in the film and commented on the Instagram post, “workkkkkkk,” along with a red heart emoji.

It was ‘WandaVision’ all along — finale crashes Disney+ servers
Employers add 379,000 jobs last month, pushing unemployment rate to 6.2%
What to know about traveling this summer amid the pandemic
What to know about FEMA vaccination sites amid COVID-19 pandemic
Pediatric COVID-19 cases in Mississippi 10 times higher than previously thought: Study
Food industry professionals raise $50,000 on Clubhouse to ‘Stop Asian Hate’ and support restaurants