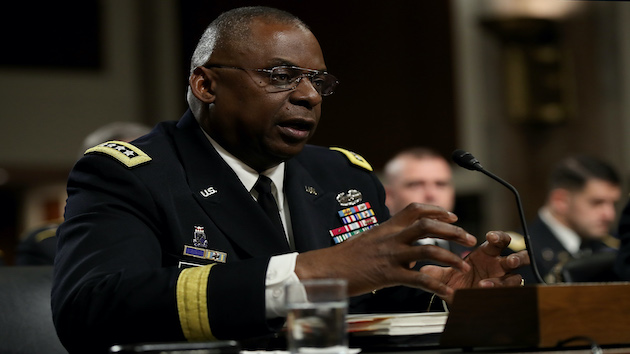 If confirmed, Austin would be the first Black defense secretary in American history.

Austin, the former commander of U.S. Central Command — with jurisdiction over military activities in the Middle East — retired in 2016 after more than 40 years of military service, including a stint leading U.S. forces in Iraq and the campaign against the Islamic State.

A native of Mobile, Alabama the 67-year-old Austin served 41 years in the U.S. Army finishing his career in 2016 as the commander of U.S. Central Command, where he was in charge of all American troops in the Middle East.

Previously, had served as the four-star general in charge of operations in Iraq leading the withdrawal of all American troops from that country in December 2011.

He then became the vice chief of staff in the Army before taking command of Central Command in early 2013. It was there that in 2014 Austin oversaw the return of American forces to Iraq to help Iraqi forces fight against ISIS.

Austin will need a waiver from Congress to lead the Pentagon, given that he is less than seven years from active duty. Congress granted retired Marine Corps Gen. Jim Mattis the same waiver in 2017 to allow him to serve as President Donald Trump’s first defense secretary.

Sen. Jack Reed, D-R.I., the top Democrat on the Senate Armed Services Committee, expressed concern in 2017 that providing a waiver to Mattis would set a “dangerous” new precedent for leadership of the Pentagon.

“Waiving the law should happen no more than once in a generation. Therefore I will not support a waiver for future nominees,” he said. “It is up to this committee to ensure that the principle of civilian control of the armed forces … remains a defining tenet of our democracy.”

Biden was under pressure from allies in the Congressional Black Caucus to put forward a Black nominee to lead the Pentagon, encouraging him to select Austin or former Department of Homeland Security Secretary Jeh Johnson over Michele Flournoy.

A former senior Defense Department official in the Obama administration, Flournoy, who is white, was also expected to be a frontrunner for the role in a Hillary Clinton administration.

Austin, unlike Flournoy and roughly 500 other national security figures, did not sign an open letter ahead of the election endorsing Biden.