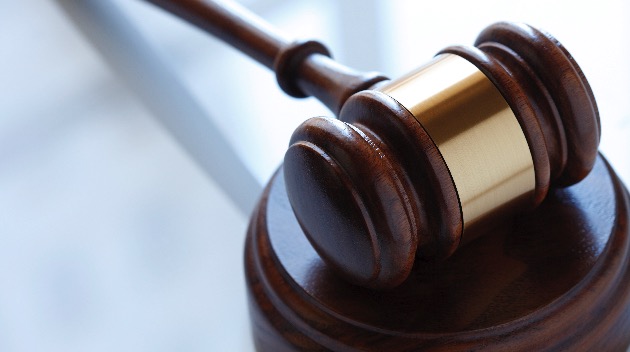 (WASHINGTON) — Conspiracy-minded pro-Trump attorney Sidney Powell saw swift defeat in two cases Monday morning, with federal judges in Michigan and Georgia dismissing her efforts to overturn the 2020 presidential contest and rejecting her unfounded claims of a massive plot to rig the election against President Donald Trump.

As a series of judges have done in the weeks since Trump lost to Democrat Joe Biden, U.S. District Judge Timothy Batten, a Bush appointee, rejected the notion that the president’s supporters could re-litigate the outcome in the courts.

“They want this court to substitute its judgment for that of two and a half million Georgia voters who voted for Joe Biden,” Batten said in a Monday morning hearing. “This I am unwilling to do.”

At the same time, a Michigan court was issuing a stinging 36-page order in which the judge took issue with nearly every aspect of Powell’s lawsuit — saying it was filed too late, lacked evidence, and sought from the court an “extraordinary” outcome.

An attorney working on the cases with Powell told ABC News that they planned to appeal both rulings.

“The judges never analyzed the evidence. We never had a chance for an evidentiary hearing,” said Powell’s colleague, attorney Howard Kleinhendler. “They are wrong on the law. We expect to win on appeal.”

Judge Parker offered the most direct rebuke to date to the unfounded allegation Powell has been repeating in press conferences, at rallies, and on social media — that the election machines manufactured by Dominion Voting Systems were somehow tainted or rigged by powerful outside forces.

The judge called the notion that votes were secretly switched from Trump to Biden on Dominion machines “an amalgamation of theories, conjecture, and speculation that such alterations were possible.” And she noted that Powell’s crusade against the voting systems only came after the election tilted to Biden.

“If Plaintiffs had legitimate concerns about the election machines and software, they could have filed this lawsuit well before the 2020 General Election — yet they sat back and did nothing,” Parker wrote.

The cases have been derided by numerous legal experts, including some Trump supporters. Former New Jersey Governor Chris Christie called the legal effort a “national embarrassment.” And after some of Powell’s claims were ridiculed on Fox News, the president’s official legal team announced that Powell was not a member of their team.

But Powell continued to pursue her cases in court and to promote her views in television appearances and on social media, as well as at a boisterous rally in Georgia last week. At one point during the Georgia rally, Powell told a whipped-up crowd that she had “extraordinary evidence” that the election was stolen from Trump.

“There was and is still massive voter fraud across this country. It took all forms,” she claimed, without providing that evidence.

Monday’s rulings were the first to look closely at the merits of her claims — and found there were none. In Michigan, Judge Parker focused on Powell’s lack of focus, writing that “with nothing but speculation and conjecture that votes for President Trump were destroyed, discarded or switched to votes for Vice President Biden, Plaintiffs’ equal protection claim fails.”

Parker also questioned the motives behind Powell’s suit, writing that it seemed to be “less about achieving the relief” and “more about the impact of the allegations of People’s faith in the democratic process and their trust in our government.”

“Plaintiffs ask this Court to ignore the orderly statutory scheme established to challenge elections and to ignore the will of millions of voters. This, the Court cannot, and will not, do,” Parker wrote. “The people have spoken.”

In Georgia, Judge Batten shared the view that Powell’s raft of claims came too late and were asking the court to take steps far outside its purview.

“They asked the court to order the Secretary of State to decertify the election results as if such a mechanism even exists,” Judge Batten said. “I find that it does not.”

Both states have certified their election results. Biden won Michigan by over 154,000 votes.

After a recount in Georgia, every county has recertified its results and an official tally was expected Monday. As of the latest count, Biden’s margin of victory there was 11,784 votes.