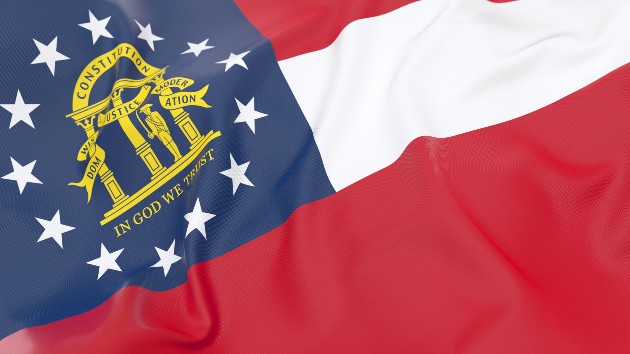 In the hour-long live event, which was hosted by the Atlanta Press Club and broadcast from Georgia Public Broadcasting’s studio in Atlanta, Loeffler was pressed on her acknowledgment that the Republican Senate majority is at stake, despite not acknowledging President-elect Joe Biden’s win. The two candidates also sparred over religion, policing and the coronavirus pandemic.

No other debates have been scheduled yet, and Sen. David Perdue, Georgia’s senior senator who is also facing a runoff, declared he would not participate in a single debate against Jon Ossoff when the Atlanta Press Club extended an invitation to him to debate his Democratic challenger Sunday evening as well.

While he refused to debate, the Atlanta Press Club chose not to cancel the debate. Instead, Ossoff spent his allotted 30 minutes criticizing Perdue and contrasting himself to the sitting senator. He repeatedly called out Perdue’s absence as he took questions from panelists while standing next to an empty podium.

Ossoff blasted Perdue as “arrogant” for not participating in the debate, saying the senator feels entitled to the seat he currently holds.

“I truly regret that we haven’t had the opportunity to debate the issues, because the people deserve it,” he said in his closing statements.

There are just 30 days left until Georgia voters will decide which candidates to send to Washington, and the debate fell on the eve of the voter registration deadline. But voting is already underway in the Peach State, with hundreds of thousands of absentee ballots already having been mailed out to voters, and over 40,000 of those ballots have already been returned and accepted by county election officials.

Here are the key takeaways from what may be the only debate before Jan. 5:

Asked twice if she stood by and agreed with Trump’s “narrative,” she chose to point out the 250 investigations the secretary of state’s office has opened in the post-election period instead of answering the question.

“It’s very clear that there were issues in this election. There were 250 investigations opened… we have to make sure that Georgians trust this process because of what’s at stake in the election,” Loeffler said the second time she was asked.

She also would not say whether she supports Trump reportedly pressuring Gov. Brian Kemp to call a special session of the General Assembly to override the election results.

During the part of the debate where the candidates get to ask their opponent a question, Warnock followed up on this topic, asking plainly, “Yes or no, Sen. Loeffler: did Donald Trump lose the election?”

Loeffler again reiterated her support for Trump to “use every legal recourse available.”

Later in the debate, she was asked about the president’s direct attacks on Kemp, who appointed Loeffler to the Senate. Trump has said he was ashamed to support Kemp’s campaign and suggested Loeffler’s former Republican opponent, Rep. Doug Collins, launch a primary bid against him in 2022.

Pushed into a box by one of the panelists, who asked whether her loyalty lies with the governor or the president, Loeffler chose option three.

“My loyalties are with Georgia,” she said.

Loeffler says Senate majority is at stake, even though she won’t explicitly acknowledge Biden’s win

While she did not explicitly acknowledge Biden won the election, Loeffler effectively did when she said, “What’s at stake is the Senate majority.”

She may say she supports the president’s legal challenges, but it cannot be true that Trump actually won the election — and will continue to be president — and control of the Senate has yet to be determined. The Senate majority is only at stake in these elections because if both Warnock and Ossoff win, Democrats will hold 50 seats in the Senate, and Vice President-elect Kamala Harris would be the tie-breaking vote.

“(The Democrats) want to radically change our country… We know the direction the country would take, and we’re going to continue to make sure that Georgians understand that our very way of life here in Georgia and across the country is under attack by the left,” Loeffler said.

But the debate’s moderator pressed the senator on her dire characterization of how these races could impact the country, and how she can’t have it both ways.

“Not to belabor the point, but all those things that you’re warning about would not be happening, presumably, with President Trump as president. So, it almost sounds as though you’re conceding that that part of it has been settled, and now it’s important for the Republicans to keep the majority in the Senate, to have a divided government,” the moderator, WAGA-TV/Fox5 anchor Russ Spencer, said.

But Loeffler still wouldn’t explicitly acknowledge his statement, and again reiterated the importance of a Republican Senate majority.

“I’m fighting to make sure that the Republican majority is retained in the Senate, because we are the shock absorber for commonsense policies that bring Americans together, that lift everyone up,” she said.

It’s a line Loeffler has not been alone in toeing, but there’s only a month left until election day, and Republicans have both, directly and indirectly, raised concerns that Trump’s rhetoric about the general election could actually work against Georgia’s senators, and suppress GOP turnout for the runoff.

Warnock evades giving court packing stance, even as he denounces other liberal priorities

Following Justice Ruth Bader Ginsburg’s death, and during the confirmation process for now-Justice Amy Coney Barrett, some Democrats in the Senate voiced support for expanding the court to more than nine justices.

But Democrats on the campaign trail vying to unseat vulnerable Republicans were not so quick to voice their support for what’s been called “court packing.”

During Sunday’s debate, Warnock wasn’t either.

He avoided answering the question altogether, saying it wasn’t top of mind.

“People aren’t asking me about the courts and whether we should expand the courts. I know that’s an interesting question for people inside the Beltway to discuss, but they are wondering when in the world are they gonna get some COVID-19 relief,” Warnock said when he was first asked whether he supported this.

The panelist, Atlanta Journal-Constitution political reporter Greg Bluestein, pushed back and defended the question’s premise, saying it would have an impact on voters.

“I’m really not focused on it, and I think that too often, the politics in Washington has been about the politicians,” Warnock said.

But Warnock was definitive on other liberal priorities that dominated 2020.

Loeffler repeatedly said that Warnock, and Democrats in general, want to “defund the police,” but her opponent clearly stated he didn’t support that.

“I don’t think we should defund the police, but we certainly do need criminal justice reform,” he said. “We need to make sure that police and officers and departments that have a pattern of misconduct are held accountable. We can do that and celebrate police at the same time.”

Warnock defended his record against Loeffler’s attacks, who repeatedly referred to him as a “radical liberal” while confronting him about his rhetoric on the pulpit.

“Radical liberal Raphael Warnock has called police officer’s ‘gangsters, thugs, bullies’ and ‘a threat to our children,’” Loeffler said. “He’s also said that you can’t serve God and the military. He’s used the bible to justify these types of attacks and make other divisive statements.”

While touting his outreach work, support for Black Lives Matter activists and the police, Warnock said that Loeffler is misrepresenting his record, calling her attacks a distraction.

“It is clear to me that my opponent is going to work really hard, spending millions of dollars of her own money, trying to push a narrative about me because she is clearly decided that she does not have a case to be made for why she should stay in that seat,” Warnock said, adding that many of his past sermons were taken out of context.

Warnock said Loeffler was making “cynical, political arguments” out of his religious sermons.

“I was preaching that day from a very familiar Matthew’s text that says, ‘you cannot serve God and mammon.’ It was a sermon about a moral foundation for everything that we do, and that, when you have everything in order, that actually makes you a better soldier. It also makes you a better senator. And had Kelly Loeffler listened to the sermon, rather than try to make her cheap political point, she would not have used her advantage as a U.S. Senator to make millions on a pandemic, while playing it down to the people she was supposed to be representing,” Warnock said in a rebuttal.

Loeffler made a point to highlight her pro-life, anti-abortion stance, and called-out Warnock for being a Christian man who supports a woman’s right to choose.

In a rebuttal, Warnock said that while he has reverence for life, he also respects choice.

“The question is: whose decision is it? And I happen to think that a patient’s room is too small a place for a woman, her doctor, and the U.S. Government. I think that’s too many people in the room,” he said.

While debating over COVID-19 relief, Warnock highlighted how the pandemic has impacted rural voters in Georgia, many of whom are battling the virus amid hospital closures and without adequate health care.

“I have been moving all across this state, especially going to rural areas. And when I go to these small towns, they’re surprised that I am there. I’m surprised that they’re surprised. They haven’t seen a U.S. senator and they’re wondering why their hospitals are closing, why Kelly Loeffler doesn’t think it’s a good idea to make sure that they have health care in the middle of the pandemic,” Warnock said, adding, “Nine of our hospitals have closed and there wondering who in Washington is looking out for them.”

Warnock criticized Loeffler for her COVID-19 response and said that she did not do enough to provide relief for uninsured and unemployed Georgians suffering during the pandemic.

Loeffler touted her response to the coronavirus pandemic and noted that she was among the senators who voted to pass the $3 trillion stimulus relief package in the spring.

When asked if they would take the COVID-19 vaccine once it is approved, both candidates said they would, and ensured that they would encourage others to do the same.

Warnock said he would also make sure that Americans from disenfranchised communities would have access to the vaccine.

“I will try to work hard, as a senator, to make sure that communities that are so often marginalized don’t find themselves at the back of the line again, that they have access to the vaccine,” Warnock said.