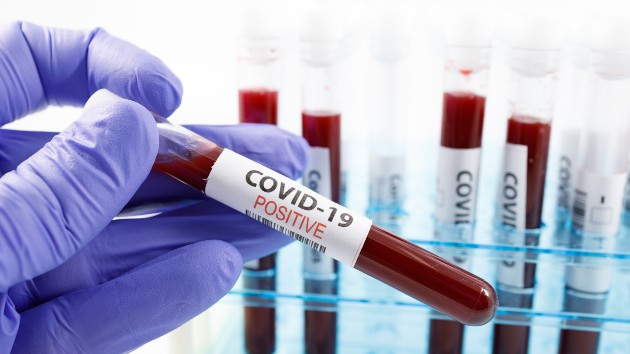 (NEW YORK) — A pandemic of the novel coronavirus has now infected more than 65.5 million people and killed over 1.5 million worldwide, according to real-time data compiled by the Center for Systems Science and Engineering at Johns Hopkins University.

At a roundtable discussion at the Centers for Disease Control and Prevention, CDC Director Robert Redfield said he’s “optimistic that the FDA will get authorized vaccines within the next several weeks and distribution work can begin.”

Vice President Mike Pence, who joined him at the meeting, added, “We are maybe, Bob, just a week and a half away from what will be the likely approval of the first coronavirus vaccine.”

Pence added, “Within 48 hours from the FDA approval, we could be vaccinating people literally in all 50 states and territories all across the country.”

Pence said that a vaccine won’t likely be available for every American until “spring or early summer.”

A new CDC report is warning that the virus “has entered a phase of high-level transmission” in the U.S. and that it’s more important than ever to follow public health guidelines.

“With colder weather, more time spent indoors, the ongoing U.S. holiday season, and silent spread of disease, with approximately 50% of transmission from asymptomatic persons, the United States has entered a phase of high-level transmission where a multipronged approach to implementing all evidence-based public health strategies at both the individual and community levels is essential,” the report said.

COVID-19 will probably be ranked at least third for leading causes of death in the U.S. this year, Bob Anderson, Chief, Mortality Statistics Branch at National Center for Health Statistics, told ABC News.

“We won’t make that determination officially until all the data are in,” Anderson added.

Africa aims to have 60% of its 1.2 billion-strong population vaccinated against COVID-19 within the next two to three years, according to the head of the continent’s public health agency.

“We hope that for that for this to be meaningful, our 60% must be reached in the next two to three years,” John Nkengasong, director of the Africa Centers for Disease Control and Prevention, said at a press briefing Thursday. “We should be deliberate in this.”

More than 2.2 million confirmed cases of COVID-19, including over 52,000 deaths, have been reported across the vast continent so far, representing a fraction of the world’s cumulative count.

Residents are now able to sign up online to be vaccinated, and Sobyanin said some 5,000 people had registered in the first five hours since the launch.

“Teachers, doctors, social workers, those who today most of all risk their health and lives,” the mayor wrote in a brief post on his blog Friday.

The announcement comes two days after Russian President Vladimir Putin unexpectedly ordered large-scale vaccination to start next week, despite earlier statements from the government saying the country has yet to produce enough vaccine doses to do so.

The mass inoculation campaigns will use Russia’s COVID-19 vaccine, called Sputnik V, which the health ministry controversially registered in August before starting crucial late-stage clinical trials. Vaccinations will be voluntary, with the drives first focusing on teachers and doctors.

Russia was still vaccinating volunteers as part of its phase 3 trial, which has so far only managed to inoculate 20,000 of a planned 40,000 people.

Putin has said that Russia will soon produce two million doses of Sputnik V, but it’s unclear how many doses have been been produced so far and how many people will be able to be vaccinated next week. The country has run into serious manufacturing hurdles and had to significantly cut its planned production from 30 million to two million by the end of the year.

French Prime Minister Jean Castex said COVID-19 vaccinations will not be made compulsory but “will be free for all” in the country’s social security system.

“Getting a vaccine is also about protecting others. It is a choice of trust, we must be as numerous as possible to get a vaccine,” Castex said at a press conference Thursday evening, while unveiling the country’s vaccination strategy.

France will launch a COVID-19 vaccination campaign within weeks, pending regulatory approval by the European Medicines Agency. The program will run throughout 2021, staggered over three categories of people.

The first phase is slated to begin in January, with vaccines administered to nursing home residents and staff, representing one million people. A second phase starting in February will see 14 million people inoculated, based on age and medical criteria. The third and final phase, beginning in March, will target the remainder of the population who wish to be vaccinated.

Through deals clinched by the European Union, France has secured some 200 million doses of COVID-19 vaccines from several pharmaceutical companies and biotechnology firms that developed them and have applied for temporary authorization. Castex said that’s enough doses to inoculate 100 million people — more than France’s entire population.

As of Friday afternoon, France’s health ministry had confirmed a total of 2,257,331 cases of COVID-19 since the start of the pandemic, including 54,140 deaths.

An additional 993 deaths from COVID-19 were registered in Italy on Thursday, marking a new all-time high, according to data from the country’s civil protection agency.

Italy’s previous single-day record of 969 new fatalities from the disease was set in late March, when the country was the epicenter of the pandemic in Europe.

The Italian civil protection agency also reported 23,225 newly confirmed cases of COVID-19 and 31,772 patients currently hospitalized with the disease, including 3,597 in intensive care.

Since the start of the pandemic, Italy has confirmed more than 1,664,829 million cases, including at least 58,038 deaths, according to the civil protection agency.

The country has the eighth highest case load in the world, according to a real-time count kept by Johns Hopkins University.

Dec 04, 4:17 am
US has worst day yet with record number of new cases and deaths

There were 217,664 newly confirmed cases of COVID-19 and 2,879 additional deaths from the disease registered in the United States on Thursday, both numbers which shattered the country’s previous daily records, according to a real-time count kept by Johns Hopkins University.

It’s the most new cases and deaths the U.S. has recorded in a single day since the start of the coronavirus pandemic. It’s also the 31st straight day that the country has reported over 100,000 newly diagnosed infections, and the third time since the pandemic began that the daily figure has topped 200,000, according to Johns Hopkins data.

COVID-19 data may be skewed in the coming days and weeks due to possible lags in reporting over Thanksgiving followed by a potentially very large backlog from the holiday.

A total of 14,143,801 people in the U.S. have been diagnosed with COVID-19 since the pandemic began, and at least 276,366 of them have died, according to Johns Hopkins data. The cases include people from all 50 U.S. states, Washington, D.C., and other U.S. territories as well as repatriated citizens.