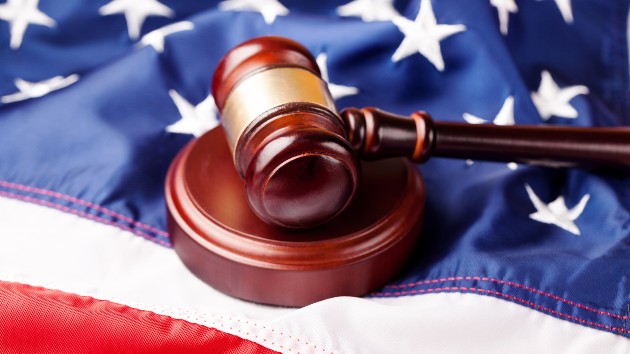 (WASHINGTON) — President Donald Trump continued to try and litigate his way out of his loss in the 2020 presidential contest with a new federal lawsuit filed late Wednesday in Wisconsin, the latest in a blizzard of suits around the country that have so far been met with a resounding string of defeats.

The president called on the courts to respond within 48 hours to the case, which takes exception to the broad availability of mail-in voting for the state’s residents — latitude granted because of the risks associated with the coronavirus pandemic.

“Today’s federal lawsuit in Wisconsin reveals an apparently coordinated effort to push a new form of balloting upon Wisconsin voters,” said Jenna Ellis, one of the president’s attorneys, adding that “the rules of the election were changed at the last minute and guardrails against fraud were simultaneously lowered.”

Attorneys for Trump have yet to demonstrate that any fraud occurred. Wisconsin was one of many states to expand mail-in voting during the 2020 election to address widespread health concerns regarding the coronavirus pandemic.

Democrats have not yet responded to Wednesday’s filing, but one of the lead lawyers combatting the Trump legal barrage, Marc Elias, tweeted late Wednesday night that he was “tired of the repeated filings of frivolous lawsuits that are clogging the courts and misleading the public. It must stop.”

Republicans in Washington have defended the president’s right to exhaust every legal avenue before accepting defeat, but experts said the sustained legal push is unprecedented.

Myrna Pérez, director of the Brennan Center for Justice’s Voting Rights and Elections Program at the NYU School of Law, has questioned how much tolerance the courts will show for Trump’s continued efforts to re-fight the 2020 election in the courts.

“The president and his sympathizers have abused the presumption of good faith to the point where the courts are responding swiftly and clearly and the lawyers don’t want to be involved anymore,” she said.

In reaction to one recent case, Judge Stephanos Bibas, a former member of the Federalist Society whom Trump nominated to the Third U.S. Circuit Court of Appeals in 2017, wrote that “voters, not lawyers, choose the President. Ballots, not briefs, decide elections.”

The latest lawsuit takes a different approach than the one used in nearly three dozen previous cases filed by Trump’s campaign and his supporters, most of which have been rebuffed by judges because they failed to sufficiently document claims of fraud.

This latest legal action never alleges that fraud occurred in Wisconsin — only that the risk of fraud was elevated by measures that state officials took to account for the global pandemic, such as the expanded use of drop boxes and mail-in ballots. The suit alleges that the election was marred by “the purposeful disregard of thoughtful legislative safeguards meant to prevent absentee ballot fraud.”

The lawsuit also brings a new proposed remedy: throwing the outcome of the state’s contest to the Republican-controlled state legislature. The suit asks the court to “immediately remand this matter to the Wisconsin Legislature to review … and determine the appropriate remedy for the constitutional violation(s) established, including any impact upon the allocation of Presidential electors for the State of Wisconsin.”

The suit argues that voters were afforded access to absentee ballots beyond what the law allowed, saying that the global coronavirus pandemic was not a sufficient reason.

“There could be no reasonable or lawful contention that the COVID-19 pandemic provided an excuse to avoid Wisconsin’s election laws,” it states.

The suit says these “outright usurpations” allowed “thousands of ballots to be accepted based on the improper and inaccurate claim that the COVID-19 pandemic continued to justify a wide scale failure to apply Wisconsin voting laws.”

After losing the state to Democrat Joe Biden by over 20,000 votes, the Trump campaign ordered recounts in two Wisconsin counties. After paying $3 million for the recounting process, Biden’s lead grew by 87 votes.

Prior to this case, officials in the state told ABC News that they saw no way the legislature could overturn or invalidate the results of the election without a court ruling.

“I’m not aware of there being any possibility for that,” said Meagan Wolfe, chief elections official at the Wisconsin Election Commission. “I think that would require court’s intervention for anything like that to occur.”

But some Republican state lawmakers have already indicated a willingness to investigate the complaints about the way the election was conducted.

“I think it is unlikely we would find enough cases of fraud to overturn the election,” Wisconsin State Assembly Speaker Rep. Robin Vos told the Milwaukee Journal Sentinel. “I think it’s unlikely, but I don’t know that. That’s why you have an investigation.”

Jeff Mandell, a lawyer who runs Law Forward, a nonpartisan, nonprofit impact litigation firm in Wisconsin, said he saw no path for the Wisconsin State Legislature to overturn the state’s vote.