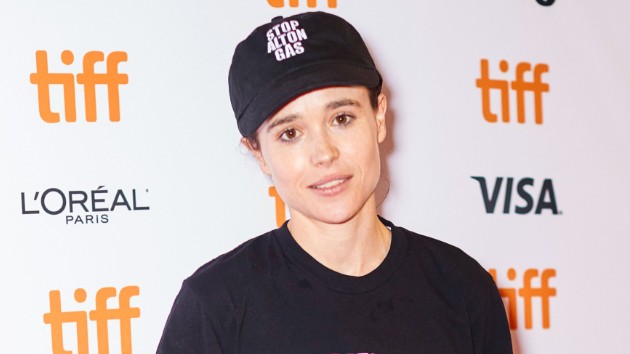 (LOS ANGELES) — The love and support is pouring out for Elliot Page.

After the 33-year-old actor came out as transgender, he has been flooded with positive messages from his celebrity peers.

Among the first to comment was Miley Cyrus who wrote, “Elliot rules” with a string of black heart emojis.

On Twitter, Ellen DeGeneres shared, “Sending love to my friend, @TheElliotPage. You inspire me with your strength, courage and honesty.”

Others who applauded Page were Olivia Munn, Mark Ruffalo, Patricia Arquette, James Gunn, and Anna Kendrick, to name a few.

The Twitter pages for Netflix and The Umbrella Academy, where Page stars in the role of Vanya Hargreeves, a cisgender woman, also cheered him on with the same message.

“So proud of our superhero! WE LOVE YOU ELLIOT!!!” the accounts wrote.

However, even though there was an outpouring of support for the Juno star, some thought that his role in The Umbrella Academy should be recast, but sources told Variety that there are no plans to change his character’s gender.

The X-Men alum announced that he is transgender in a lengthy social media post on Tuesday, December 1.

“Hi friends,” he wrote. “I want to share with you that I am trans, my pronouns are he/they, and my name is Elliot.”

Supply chain questions answered, plus tips and solutions for smart shopping
Pete Buttigieg responds to paternity leave criticism as Congress weighs national paid leave
Michael B. Jordan and Serena Williams to award $1 million to one lucky HBCU student
‘Indiana Jones 5’ bumped to 2023, Marvel movies moving, as Disney shifts schedule
Ken Jeong on his “dream” career, connecting with commercials, and how he defeated Thanos
Billy Porter criticizes ‘Vogue”s Harry Styles cover: “All he has to do is be white and straight”