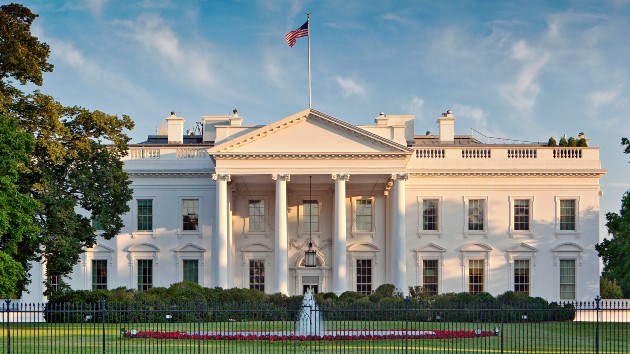 (WASHINGTON) — President Donald Trump is slated to hand over control of the White House to President-elect Joe Biden in 50 days.

Dec 01, 11:02 am
Georgia secretary of state slams Fulton County over issue with recount

With nearly 50 of the Georgia’s 159 counties having finished the third count of votes in the presidential race, Secretary of State Brad Raffensperger in a news conference Tuesday morning criticized the state’s largest county, Fulton, for what he said is a mistake made by one election worker that required them to rescan more than 300,000 ballots.

In a statement issued Monday, Fulton County said that a Dominion server, that was “operated in accordance with the Secretary of State’s published guidelines” crashed, which “delayed work” over the weekend.

However, Raffensperger said the county “only told part of the story,” and that the “real issue” was one employee making “several compounding errors,” including not following established protocol. The secretary said the employee backed up the election project on the server instead of on an external backup, which he said then led to the county being unable to “upload hundreds of thousands of scanned ballots.”

“Processes and procedures exist for a reason. The reason is to take into account the unexpected,” Raffensperger told reporters.

“I think us in our office, and I think really the rest of the state is getting a little tired of always having to wait on Fulton County, and having to put up with their dysfunction,” Gabriel Sterling, the voting system implementation manager, later added.

Officials still defended the general election as the most secure in Georgia’s history.

While noting there will have been instances of illegal voting, as they’ve acknowledged before, Sterling said, “The problem is there hasn’t been direct evidence of a conspiracy. There’s no evidence of some cabal over the top of this trying to switch the elections up.”

Trump allies have asked the United States Supreme Court to reconsider a case the Pennsylvania high court rejected and reverse the state’s certification of the 2020 presidential election.

The case, brought by U.S. Rep. Mike Kelly, a Pennsylvania Republican, along with another GOP candidate for Congress, alleges that the state legislature did not legally pass the measure allowing for universal mail-in voting. The plaintiffs initially asked the courts to cancel all mail-in ballots or, if not, to empower the state legislature to appoint new electors.

The filing asking the U.S. Supreme Court to reconsider the case comes just days after the Pennsylvania Supreme Court dismissed the case with prejudice, meaning the GOP cannot bring it back.

“Extraordinary claims demand extraordinary proof,” Justice David N. Wecht wrote in a concurring opinion. “Petitioners cannot carry their enormous burden. They have failed to allege that even a single mail-in ballot was fraudulently cast or counted.”

The justices have still yet to respond to the president’s earlier request to join a long-pending Pennsylvania Republican challenge to that state’s tabulation of late-arriving mail ballots. The High Court has also not said if they would formally consider an earlier petition asking the court to toss the late-arriving ballots.

With all six states where Trump has contested election results now having certified Biden’s win — with the battlegrounds of Arizona and Wisconsin making it official Monday, Trump is lashing out at Republican governors for certifying the votes in his ongoing effort to undermine the election.

Trump has targeted GOP Govs. Doug Ducey of Arizona and Brian Kemp of Georgia for meeting the deadlines to certify votes in their states, but as he publicly questions the credibility of the Republican Party and its leaders — ahead of runoffs in Georgia that will determine control of the Senate — some Republicans worry he is also undermining the GOP’s majority in the upper chamber.

Trump called on Kemp Tuesday morning in a tweet to “call off election,” adding “it won’t be needed,” if Kemp allows his state to be “scammed” without checking signatures against ballots — which the state already does. (Signatures were already matched twice in Georgia: first when a voter applies for a ballot and then again when the voter returned their absentee ballot. Once the signature accompanying the returned ballot is verified, the ballots are separated from the envelopes and there is no way to re-match them under the Georgia state Constitution.)

Near the end of an all-day unofficial “hearing” GOP lawmakers held at a hotel in Phoenix Monday, the president phoned in and called the election the “greatest scam ever perpetrated upon our country,” despite elected officials across the country praising the 2020 election as the most secure in American history.

“We’re taking it all the way,” Trump said, vowing his team would file additional legal action in Wisconsin — where a recount netted Biden 87 more votes — and Georgia — where the Trump campaign has paid for votes to be counted for a third time.

Despite Trump’s unprecedented attacks on the electoral process, Biden is pressing forward with his transition with 50 days until the inauguration. He’s slated to introduce his incoming economic team Tuesday at 12:30 p.m. in Wilmington, Delaware, which includes former Federal Reserve Chair Janet Yellen as his Treasury secretary nominee who, if confirmed, would be the first woman in the position.

While Yellen has drawn bipartisan support in initial reactions on Capitol Hill, Biden’s nominee to lead the Office of Budget and Management, Neera Tanden, who would be the first woman of color and first South Asian American in the role, has drawn the ire of Senate Republicans with Texas Sen. John Cornyn calling her “radioactive.” Democrats have rallied to Tanden’s defense.

Tuesday also brings the first time Biden will publicly appear in a walking boot after fracturing bones in his right foot over the weekend, and the second day he and Vice President-elect Kamala Harris will receive the latest intelligence in the President’s Daily Brief, following a 16-day standoff with the Trump administration.

“We’ve been doing early voting since 1992. Arizona didn’t explore or experiment this year. We didn’t cancel election day voting as some pushed for — we weren’t going to disenfranchise any voter. In Arizona, we have some of the strongest election laws in the country, laws that prioritize accountability and clearly lay out procedures for conducting, canvassing, and even contesting the results of an election,” Ducey continued.

Ducey, a Republican and ardent supporter of the president, directly responded to claims made Monday in the hearing that absentee and early ballots sent in Maricopa County did not undergo signature verification.

“We’ve got ID at the polls. We review EVERY signature (every single one) on early ballots — by hand — unlike other states that use computers. Prohibitions on ballot harvesting. Bipartisan poll observers. Clear deadlines, including no ballots allowed after Election Day,” he said.

He broke down the state’s law surrounding election certification and the selection of electors — refuting claims from the Trump team and others asking state legislatures to bypass election results and select electors themselves.

“The problems that exist in other states simply don’t apply here. I’ve also said all along, I’m going to follow the law. So here’s what the law says… It requires the Secretary of State, in the presence of the Governor and the Attorney General, to canvass the election on the fourth Monday following the general election. That was today.”

Pennsylvania’s legislative session officially ends at midnight, which means that state lawmakers are expected to adjourn without Republicans taking any action to replace the state’s voter-awarded electors with a slate of ones chosen by the state’s legislators.

Prior to Monday’s deadline, the Republican Speaker of the Pennsylvania House of Representatives Bryan Cutler, along with Pennsylvania House Majority Leader Kerry Benninghoff issued a joint statement saying they did not have enough time to consider the resolution before the end of the session.

However, the pair also indicated that this year’s election would still be a topic that lawmakers plan to address in the future.

“It is obvious Pennsylvania’s election processes are in dire need of repair. Our work to ensure the chaos and confusion of the 2020 election are not repeated will continue in the next legislative session,” they added, while also noting that they plan to see the process of a “complete audit of the election…completed into the next session as well.”