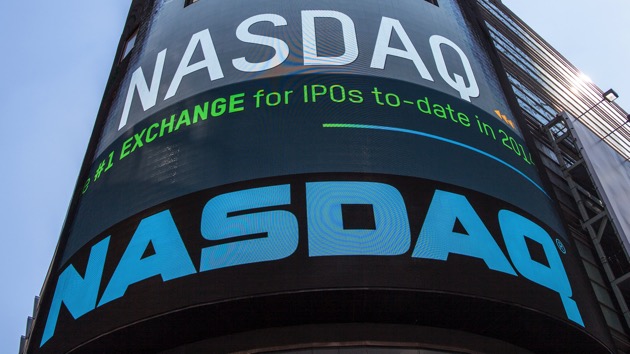 (NEW YORK) — Nasdaq is proposing new rules that would mandate diversity in the boardroom for companies listed on its stock exchange.

Nasdaq filed a proposal with the U.S. Securities and Exchange Commission Tuesday that would require all companies listed on its U.S. stock exchange to publicly disclose the diversity statistics of its board of directors. Moreover, the new rules would require companies on the stock exchange to have at least one woman director and one who self-identifies as an “underrepresented minority” or member of the LGBTQ community — or face possible delisting.

Foreign and smaller companies would be able to satisfy this requirement with two women directors on their boards. Nasdaq defines “underrepresented minority” as an individual who self-identifies as Black or African American, Hispanic or Latino, Asian, Native American (including Native Alaskan or Hawaiian), Pacific Islander or someone who is two or more races.

The new rules still need to be green lit by the SEC.

If companies do not meet the diverse board requirements within the timeframes, they will have to provide a public explanation for why or face possible delisting from the exchange.

“Our goal with this proposal is to provide a transparent framework for Nasdaq-listed companies to present their board composition and diversity philosophy effectively to all stakeholders,” Adena Friedman, Nasdaq’s president and CEO, said in a statement. “We believe this listing rule is one step in a broader journey to achieve inclusive representation across corporate America.”

Nelson Griggs, the president of Nasdaq Stock Exchange, added that the proposal “gives companies an opportunity to make progress toward increasing representation of women, underrepresented minorities and the LGBTQ+ community on their boards.”

“Corporate diversity, at all levels, opens up a clear path to innovation and growth,” Griggs said. “We are inspired by the support from our issuers and the financial community with this effort and look forward to working together with companies of all sizes to create stronger and more inclusive boards.”

The proposal has garnered support from the American Civil Liberties Union.

Anthony Romero, the ACLU’s executive director, lauded Nasdaq for “heeding the call of the moment.”

“Incremental change and window-dressing isn’t going to cut it anymore as consumers, stakeholders and the government increasingly hold corporate America’s feet to the fire,” Romero said in a statement. “Nasdaq’s efforts to prod and push its listed companies is a welcomed and necessary first step. With increased representation of people of color, women and LGBTQ people on corporate boards, corporations will have to take actionable steps to ensure underrepresented communities have a seat at the table.”

The move comes amid a growing push for diversity in corporate boardrooms that was propelled in part by protests over police brutality that roiled the nation over the summer.

In June, Reddit co-founder Alexis Ohanian made headlines when he announced he resigned from his company’s board to make room for a Black business leader to take his place.

More recently, in October, California passed a bill into law that requires publicly-traded companies headquartered in the state to have at least one board member from an “underrepresented community” by the end of 2021.

White board members made up 83.9% of total board seats on Fortune 500 companies in 2018, according to a report from Deloitte and the Alliance for Board Diversity. Black board members accounted for just 8.6% of those seats, Hispanic/Latino members just 3.8% and Asian/Pacific Islanders just 3.7%.