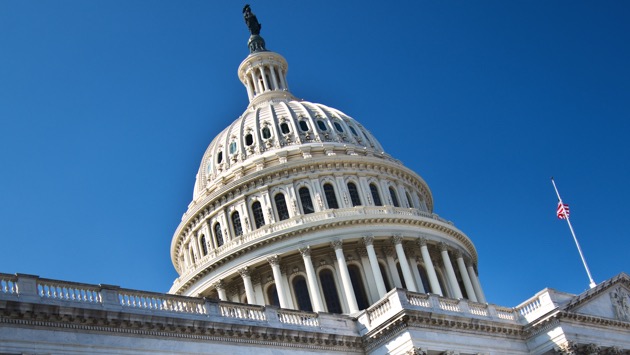 The $908 billion figure aims to bridge the persisting gap between leadership of both parties who want vastly different things in a COVID-19 relief package, though it’s unlikely the proposal will satisfy either side.

“This is emergency relief. This is designed to get us through this next quarter,” Alaska Republican Sen. Lisa Murkowski, a member of the bipartisan group, said. “We know that we have more to do but we cannot leave, we cannot abandon the American people, the families who are suffering at this time and waiting and begging for Congress to act.”

The framework proposed Tuesday by a bipartisan group of senators and supported by the House Problem Solvers Caucus is over 1 trillion dollars less than Democrats are seeking in the House-passed HEROES Act. It is over $400 billion more than Republicans sought in their most recent proposal.

It is unclear when the proposal would be ready for a vote on the House or Senate floor, or if either leader would commit to calling it up, but Senate Majority Whip John Thune said Tuesday he thinks there’s “a path” forward with the current framework.

“The elements are there for a deal,” Thune said. “It’s just whether the will to get there is.”

Still, sources caution ABC that getting any sort of relief hammered out in the remaining days before the holiday break will be an uphill battle. Time is running out in the session, and there remain other priorities, including government funding and the National Defense Authorization Act that must be tackled.

During congressional testimony, Treasury Secretary Steven Mnuchin said he had spoken to President Donald Trump, Senate Majority Leader McConnell, House Minority Leader Kevin McCarthy and White House chief of staff Mark Meadows about it and they had all agreed on the idea of “targeted fiscal response.”

But at a Tuesday press conference, McConnell suggested he’d pursue a different path forward on a relief bill after speaking to Mnuchin and Meadows about “what the president would actually sign into law.”

McConnell said he shared outlines of this path with Republican members during a conference call Tuesday afternoon and that members would soon receive a copy of a proposal they could provide feedback on.

“We’ll let you know later whether we think there’s any way forward,” McConnell said. “I hope that this is something that would be signed into law by the president, be done quickly, deal with the things that we can agree on now.”

“I think we all know that after the first of the year there’s likely to be a discussion about some additional package of some size next year depending on what the new administration wants to pursue,” he added.

The McConnell proposal is expected to be fairly similar to the $500 billion proposal that failed to pass the Senate earlier this year.

While the McConnell effort could bring trouble for the bipartisan effort, Sen. Susan Collins, R-Maine, who worked on the bipartisan proposal, said she believes that has a better chance of crossing the finish line.

“The advantage of this bill is it has bipartisan, bicameral support, and we’ll see what the leader introduces, but if it’s identical to what he brought forth this summer, then it’s going to be a partisan bill, and that’s not going to become law.”

Senators at Tuesday’s reveal of the bipartisan proposal said they had spoken with House Speaker Nancy Pelosi, McConnell, Mnuchin and others about their work but so far have not received an indication of whether they’ll get crucial support from leadership. Mnuchin said he will speak with Pelosi Tuesday afternoon, though their conversation is expected to be focused more on government funding.

Schumer and Pelosi, meanwhile, confirmed that they had sent a separate proposal to GOP leadership Monday evening. Details of that proposal are unknown, and Schumer declined to share them when pressed.

The bipartisan framework is the product of growing frustration among moderates in both parties eager to reach a deal on relief before the end of the calendar year, when key protections secured by the $2.2 trillion CARES act, passed in March, expire.

Come January, deferments of student loan payments, the federal eviction moratorium, increases in the number of weeks Americans can remain on unemployment, extended family leave and other provisions will expire. Some of the legislation’s flagships, like expansion of the small business loan program and $600 per week in unemployment benefits have already ended.

“It would be stupidity on steroids if Congress left for Christmas without doing an interim package as a bridge,” Sen. Mark Warner, D-Va., who worked on the package, said.

The proposal allocates $160 billion to state and local aid, something Democrats have said is an absolute necessity. Previous GOP proposals haven’t included this money, and Thune said Tuesday that including it will make the bill tough for some Republicans to support.

“That’s a non-starter for a lot of our members,” Thune said.

The framework also includes $180 billion for additional unemployment insurance and funds for housing and child care, all Democratic priorities.

Another $288 billion is allocated to small businesses, including funding the popular paycheck protection program, a win for Republicans. Short-term liability protections for schools, hospitals and businesses, an absolute must for McConnell, are also included.

“Republicans and Democrats, neither of us got everything we wanted,” said. Sen. Bill Cassidy, R-La., “Both of us got much of what we wanted.”

Disagreement over the top-line cost of a COVID-19 relief bill has stymied negotiations for months. While the price tag on this bill is higher than what Republicans have gotten behind so far, over half of the funds for the $908 billion proposal are repurposed from the allocations for the CARES Act in March, according to Sen. Mitt Romney, R-Utah.

The total is more palatable to some members of the conference.

“I think $900 billion would do a lot more good right now than $2 trillion will do in March,” Sen. Roy Blunt, R-Mo., said, though he criticized Democrats for having taken an all-or-nothing approach on relief previously.

“It’s pretty late to decide you’d rather have something than nothing,” Blunt said. “The whole idea of not being willing to negotiate until you’re down to the last week of negotiating time usually doesn’t produce a very good result.”

Still, there are members of the Republican conference who say they will not support any additional spending on COVID-19 relief.

“We don’t have any money out there. I mean there’s no rainy day fund, there’s no savings account, money would have to be borrowed,” Sen. Rand Paul, R-Ky., said. “I’m not for borrowing any more money.”

Senate Minority Leader Chuck Schumer has called for a sweeping bill that “meets the needs” of the country. McConnell has called this a “liberal wish list.” McConnell, meanwhile, has proposed targeted relief legislation that Schumer has dismissed as “emaciated.”