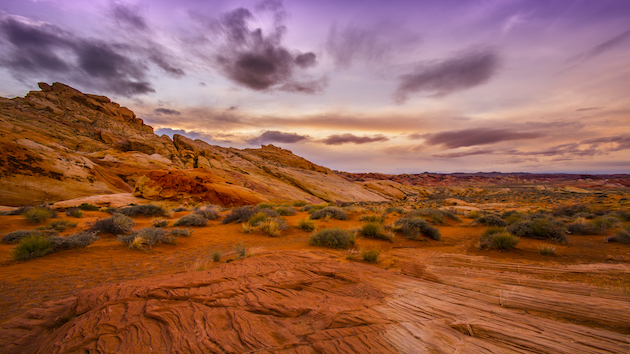 (NEW YORK) — The monolith that mysteriously appeared out of nowhere in the Utah desert was removed from its location in the middle of the night over the weekend while a similar structure showed up in Europe, according to officials and witnesses.

However, the U.S. Bureau of Land Management (BLM) reassured the public that whoever took the 10- to 12-foot vertical metal structure was not from out of this world.

The agency said agents discovered Saturday that the structure was gone from its location in the southeastern Utah desert. Desert rocks marked the spot where the silver-colored object once stood.

“The BLM did not remove the structure which is considered private property. We do not investigate crimes involving private property,” the agency said in a Facebook post Saturday night.

While the monolith no longer has a footprint in the U.S., a similar structure appeared out of nowhere in Romania over the weekend. Onlookers spotted a similar metal structure in the eastern Romanian city of Piatra Neamț and they shared videos and photos of the structure on social media.

No one has officially claimed responsibility for setting up either of these structures as of Monday evening.

On Nov. 18, crews from the Utah Department of Public Safety and Division of Wildlife Resources discovered the structure while they were doing a helicopter survey of sheep in the area. The discovery sparked questions, jokes and speculation about the structure’s origins as it evoked sci-fi imagery such as the monolith in “2001: A Space Odyssey.”

Although officials didn’t disclose the exact location of the monolith, interested hikers took to the desert to see the object in person and shared their experiences on social media. David Surber, a hiker, told “Good Morning America” it was remarkable to see the structure in person before it was removed.

“It was really nice to have 10 minutes of peace with what I would like to call a landmark at the time,” Surber said.

BLM officials, however, warned that the desert is public land and any development on public lands must be approved by the agency. They also reiterated that visiting the site where the monolith stood is prohibited, as there are no restrooms or cellphone service and only high-clearance vehicles are allowed.

Some visitors looking to see the monolith parked on vegetation and “left behind human waste as evidence of their visit,” according to the BLM.

“Many people have been enjoying the mystery and view it as a welcome distraction from the 2020 news cycle,” BLM Monticello Field Manager Amber Denton Johnson said in a statement. “Even so, it was installed without authorization on public lands, and the site is in a remote area without services for the large number of people who now want to see it.”