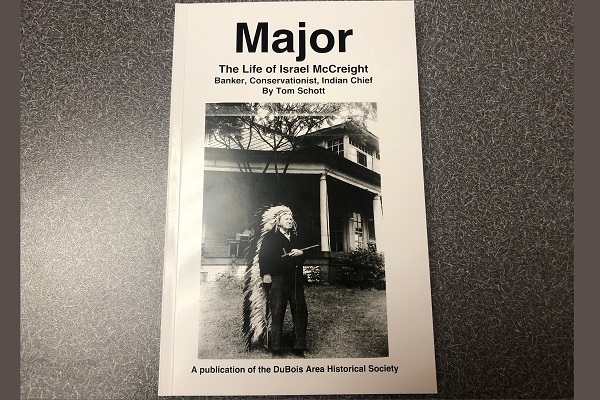 He says it’s a great look into one of the developers of DuBois, who lived an incredibly interesting life.

The cost is $22.50 and is available through the DuBois Historical Society, Junk Dealer’s Daughter, and Rosie’s Book Shoppe.

All proceeds from this book go to the DuBois Area Historical Society.

Tom will be signing copies of the book this Saturday starting at 10 a.m. at the DuBois Historical Society.

Major Israel McCreight, born at the end of the Civil War in Reynoldsville, PA, had an amazing life. He spent his formative years in what was then the wilderness, he sought an education, went to the West, looking for adventure.

McCreight would ultimately became one of the developers of DuBois through his banking and community interests, including helping to preserve the last remaining virgin timber standing in the area.

However, he always felt his greatest achievement was becoming a chief of one of the Sioux Native American tribes, despite being a white man. 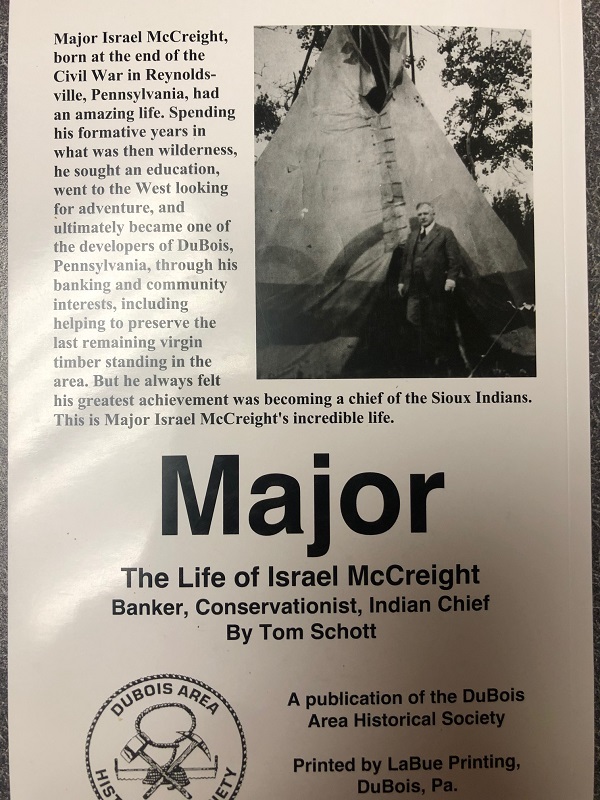