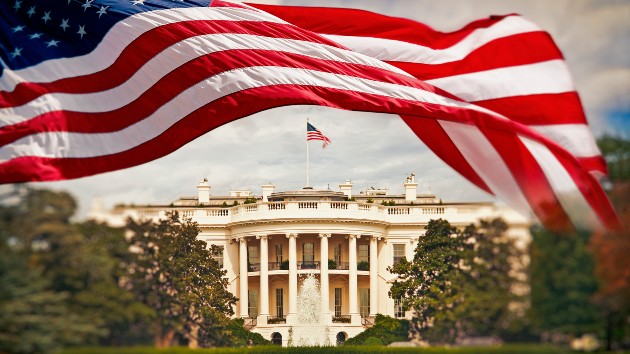 (WASHINGTON) — President-elect Joe Biden is moving forward with transition plans, capping a tumultuous and tension-filled campaign during a historic pandemic against President Donald Trump, who still refuses to concede the election more than one week after Biden was projected as the winner.

Trump has largely hunkered down inside the White House since the election, but Biden is pressing forward and stepping into the presidential spotlight, delivering remarks on economic recovery Monday and continuing to meet with his own transition advisers despite the Trump administration refusing to grant him access to federal resources allocated for the transition of power.

It comes as a growing number of Republican senators are calling on the administration to start giving Biden classified intelligence briefings, a sign that support for Trump’s refusal to concede the election may be waning among his allies on Capitol Hill.

Though Trump has alleged widespread voter fraud, he and his campaign haven’t been able to provide the evidence to substantiate their claims with several of their lawsuits already being thrown out in court.

Trump is targeting Ohio Gov. Mike DeWine, a Republican, on Twitter after the governor acknowledged Biden as the president elect over the weekend and urged Trump to work with the transition.

“Who will be running for Governor of the Great State of Ohio? Will be hotly contested!” Trump said in a tweet Monday morning.

It comes after DeWine said on CNN Sunday, “It’s clear” Biden is the president-elect. “And that transition, for the country’s sake, it’s important for a normal transition to start through,” he said.

Now, in response to not fully backing the president’s false claims that he won the election, Trump appears to be threatening the idea of DeWine, who was elected in 2018, being primaried.

In new tweets Monday morning, Biden reacted to the news that Moderna’s clinical trials of their COVID-19 vaccine have proven to be 94.5% effective, calling it “further reason to feel hopeful” while reminding Americans to social distance and wear a mask as the vaccine is “still months away.”

About 10 minutes after Biden’s tweet, Trump also took to Twitter to given himself credit, saying, “For those great ‘historians’, please remember that these great discoveries… all took place on my watch!”

Biden’s newly named chief of staff Ron Klain has warned that a seamless transition needs to take place as COVID-19 vaccines progress and show positive signs. His comments come as the Trump administration still hasn’t recognized Biden as the president-elect, preventing his access to transition materials including those related to the country’s COVID-19 response.

“We now have the possibility — we need to see if it gets approved — of a vaccine starting perhaps in December or January. There are people at HHS making plans to implement that vaccine. Our experts need to talk to those people as soon as possible so nothing drops in this change of power we’re going to have on January 20th,” Klain said on NBC’s Meet the Press Sunday.

Klain also said Biden would also be meeting with scientific advisors and drug companies about “promising” vaccines this week but stressed that the mechanics of distributing a vaccine require contact with Health and Human Services officials right away.

Health and Human Services Secretary Alex Azar told ABC’s “Good Morning America” Monday that sharing information on the vaccine with the Biden team is out of his hands — a departure from his colleague, Adm. Brett Giroir, who told ABC’s “This Week” Sunday he wants to make everything on testing as transparent as possible so whoever is in charge in January has what they need.

“GSA has to make a determination that a transition is in effect, that determination hasn’t been made,” Azar said, asked why isn’t it appropriate to begin the process of speaking with Biden’s team now.

As COVID-19 cases and hospitalizations surge across the country, and Biden is expected to address the pandemic in his remarks on the economy later Monday, Trump has not attended a coronavirus task force meeting for several months.

Nov 16, 9:19 am
Overview: Biden to speak on economy, Trump behind closed doors

Though Trump still refuses to concede the election which took place nearly two weeks ago, he has largely ceded the presidential spotlight since to the man he once mocked for “hiding.”

President-elect Biden and Vice President-elect Kamala Harris are out front Monday, slated to deliver afternoon remarks from Wilmington, Delaware, on their plans for a COVID-19 economic recovery and long-term growth. It will be the pair’s first extended remarks of the economy since they were projected to win the election.

Biden has spoken about the need for additional COVID-19 relief to help struggling Americans and conferred with House Speaker Nancy Pelosi and Senate Minority Leader Chuck Schumer in a call last week about the stalled efforts to pass a bill on Capitol Hill. But Biden hasn’t yet spoken with Senate Majority Leader Mitch McConnell, his team says, whose cooperation would be necessary to pass such a bill during a lame-duck session in Congress.

Trump, meanwhile, has no public events for Monday and only a lunch with Vice President Mike Pence on his schedule. Over the weekend, he appeared to acknowledge for the first time that Biden won in a tweet, but it didn’t take long for Trump to walk back the tweet and push in a series of tweets since that he’s not conceding.

During remarks in the Rose Garden Friday, Trump, in an effort to contrast himself with Biden on COVID-19 lockdowns, nearly acknowledged the reality that he lost before saying “time will tell” which administration will lead in the future.

As his legal team concedes on more fronts, with only two favorable rulings out of at least 18 cases in battleground states, Trump has put Rudy Giuliani in charge of his uphill legal efforts.

It all comes as the Trump administration and the Biden transition team are still in a standoff over whether the GSA should recognize Biden as the president-elect, allowing his team access to federally-allocated resources to help with the transition of power, including vaccine distribution plans.

This week, Biden is also expected to meet with Democrats and Republicans from Washington, D.C. and around the country and with national security experts, according to his campaign.

Trump has come close to conceding defeat a few times in recent days — if only incidentally or inadvertently.

But the focus on Trump’s tweets misses the point. The president’s refusal to acknowledge that he lost the election has now extended into a second full week, and now come warnings of more significant consequences.

The political fallout is almost predictable, but no less severe for that. Protesters’ clashes in Washington over the weekend gave dramatic and even dangerous evidence about what it means when virtually an entire political party and many millions of its followers defy the basic facts of what happened in an election.

“I want to be as transparent as possible with everybody — this is not a political issue,” White House coronavirus task force member Adm. Brett Giroir said on ABC’s This Week.

The post-election period, though, has been dominated by political considerations. The question of when Republicans on Capitol Hill will lose patience with far-flung Trump legal efforts is relevant, though still not determinative.

This week will almost certainly bring more legal clarity, if not finality, to the results of the election. The bigger questions, though, will come around governance — with challenges for the incoming administration only growing with any delays.