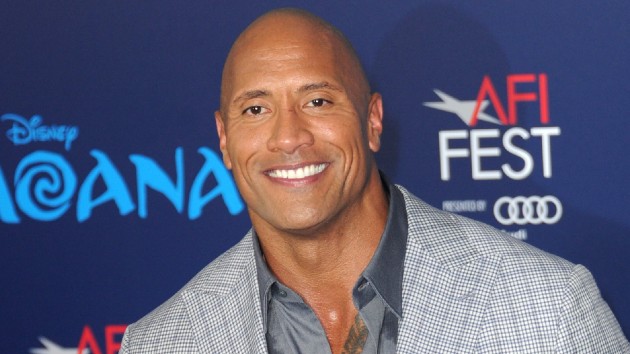 (LOS ANGELES) — Dwayne “The Rock” Johnson has an idea why his song “You’re Welcome” from the Disney animated film Moana went 4x platinum.  It’s because, according to the actor, he’s been singing it nonstop all year long.

Ever since his baby girl Tiana listened to “You’re Welcome,” she’s been mercilessly begging her father to sing it over and over again — all while refusing to believe her father voiced Maui in the 2016 movie.

And, just as Tia has a hard time believing that her father sang the original song, Johnson is also struggling to understand how “You’re Welcome” hit such a major milestone.

Admitting that he usually has “a cool and calm demeanor when I hear good news,” the announcement from the Recording Industry Association of America about his now-4x platinum song made him freak out.

“Thank you to my brother – the one and only iconic maestro, Lin Manuel Miranda for writing this classic for me to sing and the world to sing along to,” the Jumanji star gushed on Saturday. “Thank you to all of you around the world who love the song and the swaggy, fun it brings.”

However, he says there is one person above all else who deserves the credit — his toddler, Tia.

“A huge daddy thank you to the real reason this song is 4Xs Platinum and growing – my 2 year old boss, Baby Tia who LOVES hearing me sing this song to her,” he smiled, but confirmed to fans that she still “has no idea I’m actually, Maui – which kinda makes this whole thing that much more awesome.”

To prove that the two-year-old remains obstinate, Johnson posted a new video of him singing the song before asking little Tia, “Is Daddy Maui?”

“No,” she adorably replied, wanting to hear the song again.

Mom dying of ovarian cancer shares what she wants women to know about the deadly disease
First ‘SNL’ guests of the season: Owen Wilson, Kim Kardashian West, Rami Malek, and Jason Sudeikis
Jada Pinkett Smith celebrates 50th birthday on ‘Red Table Talk’; ABC to adapt Baratunde Thurston’s ‘How to Be Black’
Ray J responds to rumors of a second sex tape with Kim Kardashian: “This ain’t cool”
Tonight on ABC: ‘The Wonder Years’
Is It Time To Go All-In On The Raiders?