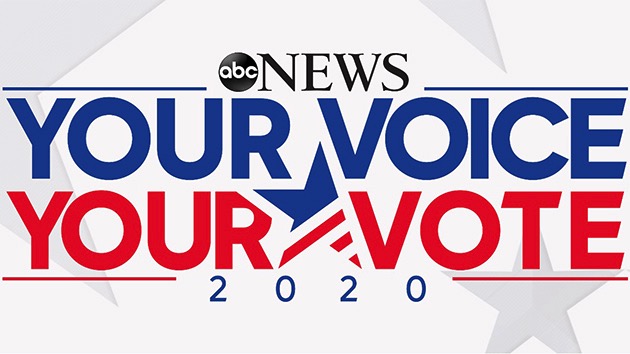 (WASHINGTON) — President-elect Joe Biden is moving forward with transition plans, capping a tumultuous and tension-filled campaign during a historic pandemic against President Donald Trump, who refuses to concede the election.

Trump hasn’t held a public event in five days, hunkering down inside the White House instead and ceding the presidential leadership spotlight to the man he mocked.

The hard-fought battle between the two was set against the backdrop of racial unrest and the coronavirus pandemic and bitter divisions among the electorate.

Trump had falsely declared on election night, when he held a lead in several key states, that he won the contest and alleged without evidence, after the count started to swing the other way, that the election was being stolen from him and that fraud had been committed.

Now his legal team is waging battles in an effort to reverse the election results but have been unable to produce evidence so far of widespread fraud that would change the election.

Johnson tweeted Tuesday afternoon that the two discussed their “shared priorities — from tackling climate change, to promoting democracy, and building back better from the coronavirus pandemic.”

Johnson also invited Biden to attend the COP26 climate change summit that the United Kingdom is hosting in Glasgow next year and said he also looks forward to seeing him when the UK hosts the G7 Summit in 2021, according to the spokesperson.

Democrats and Republicans, as expected, are split over whether Attorney General William Barr’s memo to U.S. attorneys — in which he authorized them to probe widespread voter fraud, despite no evidence of its existence having surfaced — was appropriate to send.

“Attorney General Barr has unfortunately done great harm to the reputation of that office, and to the Department of Justice,” said Sen. Dick Durbin, D-Ill., calling his action “unprecedented and unforgiving.”

“The notion that the Department of Justice is going to interfere in the election process before the president leaves, to me, is just inexcusable. It’s not — it’s no surprise,” he added.

Sen. Ted Kennedy, R-La., a close ally to Trump, meanwhile, called it “perfectly appropriate,” adding the election isn’t over until the Trump team has had its cases heard.

“Tens of millions of Americans believe, whether you agree with them or not, that we need to send Big Bird to some of these states to teach them how to count,” Kennedy said. “For the integrity of the electoral process, and the system that we have chosen to effectuate our democracy, we have got to allow our courts to hear these allegations of voting irregularities by the president and anyone else who wants to bring them forward.”

Bob Bauer, the Biden team’s attorney tasked with leading its legal response to the election, slammed Attorney General William Barr after Barr, in a memo Monday night, authorized U.S. attorneys to pursue allegations of voter fraud, despite no evidence surfacing thus far of any widespread voter fraud in the 2020 election.

“It is deeply unfortunate that Attorney General Barr chose to issue a memorandum that will only fuel the ‘specious, speculative, fanciful or far-fetched claims’ he professes to guard against,” Bauer said. “Those are the very kind of claims that the president and his lawyers are making unsuccessfully every day, as their lawsuits are laughed out of one court after another.”

“But, in the end, American democracy is stronger than any clumsy and cynical partisan political scheme,” Bauer added.

In the memo Barr sent Monday evening, he authorized U.S. attorneys to “pursue substantial allegations of voting and vote tabulation irregularities” and said such inquiries “may be conducted if there are clear and apparently-credible allegations of irregularities that, if true, could potentially impact the outcome of a federal election in an individual State.”

The action comes days after ABC News and other outlets characterized Biden as the president-elect and raises the prospect that Trump is seeking to use the Justice Department to try to challenge the election.

In a public letter to General Services Administration’s (GSA) Emily Murphy released Monday night, three House Democrats, all of whom chair committees, sought an explanation for what they deemed the GSA’s “stunning refusal to follow the law and acknowledge President-elect Joe Biden’s decisive victory.”

“By failing to ascertain Joe Biden and Kamala Harris’ resounding victory, you are undermining the urgent need for a prompt and effective transition of power in the midst of a global pandemic that must be focused on the safety and well-being of our citizens,” wrote Reps. Bill Pascrell Jr., D-N.J., Gerry Connolly, D-Va., and Dina Titus, D-Nev.

Traditionally, the GSA recognizes a candidate that has clearly won the election, allowing the winning ticket’s team to access a variety of resources available to aid the transition process, including $6.3 million in Congressionally-appropriated funds — but so far, Murphy, who was appointed by Trump in 2017, has made no such determination.

The Biden transition team also believes that the time has come for the GSA to “promptly ascertain Joe Biden and Kamala Harris as president-elect and vice president-elect,” adding, in a call with reporters Monday night, that if the GSA refuses to do so, a variety of options are on the table, including the possibility of legal action.

In an apparent effort to retain future influence over the Republican Party, President Donald Trump is planning to form a leadership political action committee — an announcement that is expected as early as this week, sources familiar with the matter told ABC News.

The news comes as Trump has refused to concede the election and has privately told allies that he may run for president again in 2024, according to sources familiar with the discussions.

Communications director for the Trump campaign, Tim Murtaugh, said the idea of forming a PAC is nothing new.

“The president always planned to do this, win or lose,” Murtaugh said in a statement to ABC News. “So he can support candidates and issues he cares about, such as combating voter fraud.”