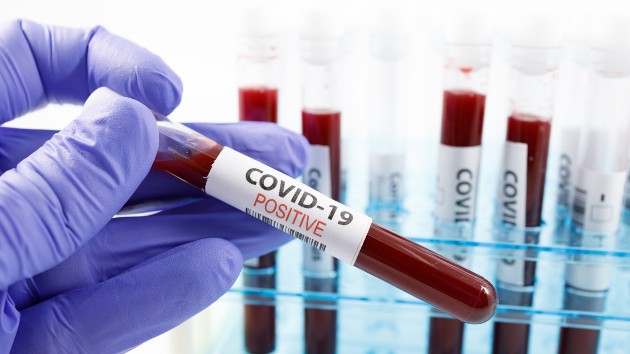 Over 50.4 million people across the globe have been diagnosed with COVID-19, the disease caused by the new respiratory virus, according to data compiled by the Center for Systems Science and Engineering at Johns Hopkins University. The actual numbers are believed to be much higher due to testing shortages, many unreported cases and suspicions that some national governments are hiding or downplaying the scope of their outbreaks. The criteria for diagnosis — through clinical means or a lab test — has also varied from country to country.

Since the first cases were detected in China in December, the virus has rapidly spread to every continent except Antarctica. The United States is the worst-affected nation, with more than 10 million diagnosed cases and at least 238,251 deaths.

Authorities in China’s largest city have quarantined dozens of people after an airport employee tested positive for COVID-19.

A 51-year-old man who works as a freight handler at Shanghai Pudong International Airport, a major aviation hub of East Asia, was confirmed to be infected on Monday and has since been transferred to an area hospital for treatment, authorities said.

It’s the first domestic case of COVID-19 reported in Shanghai in months, and it remains unclear how the patient contracted the disease. He has not left Shanghai and reported no history of being in high-risk areas in the 14 days prior to the onset of illness. He also has no history of contact with anyone infected with COVID-19 and has not been to any other hospitals within the past three months, according to authorities.

Twenty-six close contacts, including the man’s family members and colleagues, have been quarantined and have all tested negative for COVID-19. More than 100 others were also placed in isolation for medical observation, authorities said.

So far, no additional cases have been found.

The local health authority has raised the COVID-19 risk area to medium in the village where the patient lives in Shanghai’s district of Pudong. The rest of Shanghai remains low-risk.

Nov 10, 4:38 am
US sees highest number of COVID-19 hospitalizations since July

There were 59,275 people currently hospitalized with COVID-19 across the United States on Monday, according to data collected by The COVID Tracking Project.

That figure — up from 56,768 on Sunday — marks the largest single-day increase since July 10 and the highest total amount since July 25, The COVID Tracking Project said.

There were 119,944 new cases of COVID-19 identified in the United States on Monday, according to a real-time count kept by Johns Hopkins University.

It’s the sixth straight day that the country has reported over 100,000 new infections. The latest daily tally is slightly less than the nation’s all-time high of 128,412 new cases set on Saturday.

An additional 670 fatalities from COVID-19 were also registered nationwide Monday, down from a peak of 2,666 new deaths in mid-April.

A total of 10,110,552 people in the United States have been diagnosed with COVID-19 since the pandemic began, and at least 238,251 of them have died, according to Johns Hopkins. The cases include people from all 50 U.S. states, Washington, D.C. and other U.S. territories as well as repatriated citizens.