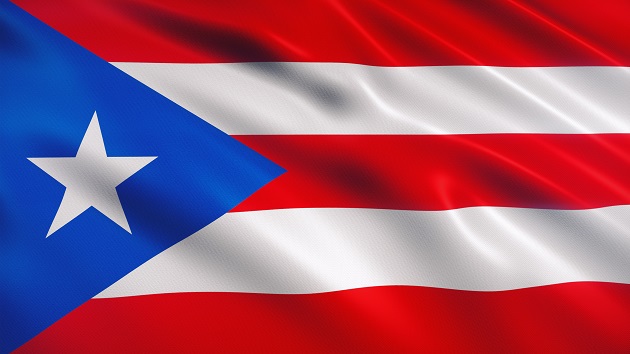 (WASHINGTON) — As Puerto Ricans voted on Tuesday for their local leaders, there was another decision they had to make: Whether or not the island nation should be admitted as the newest U.S. state.

The non-binding referendum was not expected to change Puerto Rico’s status anytime soon but was still seen as a barometer of Puerto Ricans’ appetite for statehood.

At Tuesday’s plebiscite, residents narrowly favored statehood with 52% of the vote while about 47% of voters were against it, according to the election commission’s website.

This was actually the sixth time Puerto Ricans had a choice to make on statehood.

In past plebiscites, independence and Commonwealth have been included as options for Puerto Rican voters to choose.

Puerto Rico has been a U.S. territory since 1898. In 1952, the island’s governor at the time, Luis Muñoz Marín, proclaimed the establishment of the Commonwealth of Puerto Rico with the idea that the island would have a relationship with the U.S., while still having some independence.

For years, groups in favor of breaking the relationship with the U.S. have tried to push for Puerto Rico to become independent and self-sufficient without success.

Puerto Rico has been unincorporated territory since then, something that will likely not change, experts say.

“It is unlikely that the question of Puerto Rico as a state will be taken up by the Congress,” says political scientist and researcher Carlos Vargas Ramos.

Although the U.S. mainland still sees Puerto Rico as a commonwealth, many Puerto Ricans, including the island’s Resident Commissioner Jenniffer González, a Republican, say the island is constantly treated as a colony.

“Sometimes it’s a little bit ironic that the beacon of democracy in the world, which is the United States, is fighting for equality and fighting for democracy and yet you get it in your own backyard — the oldest colony, with more than 120 years without allowing Puerto Ricans to vote for president, to vote in Congress or to even have federal laws apply equally to American citizens on the island,” said González, who was reelected as commissioner last Tuesday.

The resident commissioner is Puerto Rico’s sole representative in Congress, but does not have a vote.

In the 2012 and 2017 referendums, statehood prevailed. But the legitimacy of the results were questioned due to the confusing configuration of the status question and voter turnout.

The Republican commissioner said she is ready to take this year’s referendum results to Congress.

The commissioner, who actively supported Donald Trump for reelection, recently reacted on Twitter to Joe Biden’s victory as President Elect of the United States saying that she is ready to work with him and “find common goals & reach bipartisan solutions” for Puerto Rico.

Although González said she is ready to start working with Congress to push statehood forward, Ramos Vargas is sure Congress will not act on this referendum.

“Congress is just looking for any pretext not to have to take up the question of the status for Puerto Rico,” said political scientist and researcher Carlos Vargas Ramos.

Aside from being a nonbinding referendum, Ramos said voter turnout in this referendum could still be an issue for Congress.

As of September 2020, there were around 2.3 million eligible voters on the island, according to the election commission’s website. From those eligible voters, nearly 1.2 million people answered the statehood plebiscite.

“It’s gonna be difficult for advocates of statehood to argue that this is a clear mandate to push for statehood, particularly when you have a Congress that is reluctant to take up the question,” added Vargas Ramos.

This bill would allow Puerto Ricans to “exercise their natural right to self-determination” through a status convention created by the island’s legislature and with delegates chosen by residents.

Some Puerto Ricans believe that becoming a state should be the No. 1 priority on island politicians’ agenda. But it’s still an open debate as Puerto Rico grapples with several internal issues: the recovery from Hurricane Maria, devastating earthquakes on the island’s southern coast and the coronavirus pandemic.

“We have to solve our internal issues first,” said 26-year-old voter Natasha Doble, who was driven to the polls not for the referendum, but looking for a change at a local level. “This referendum is not valid. … It doesn’t matter if we vote it’s not going to be taken into consideration.”

While the final decision of adding Puerto Rico as a state resides in Congress, Ramos Vargas said that until there is clear proof that a vast majority supports statehood it is unlikely there will be a change.

“Because there hasn’t been a conclusive plebiscite in Puerto Rico, that indicates convincingly that Puerto Ricans favor one option over another, the Congress of the United States can continue kicking the can down the road,” Vargas Ramos said.