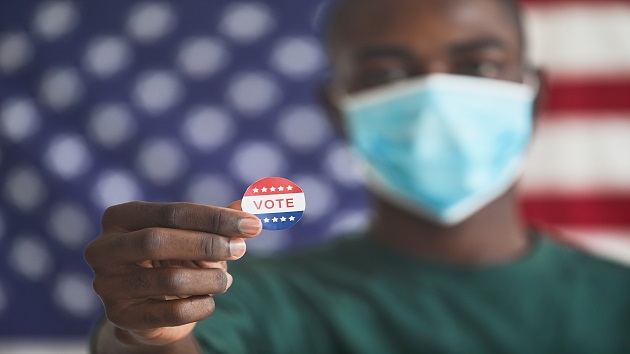 (WASHINGTON) — Though there have been few reports of widespread issues at the polls, the battleground state of Georgia has been the site of two Election Day snafus.

A pipe burst in State Farm Arena in Atlanta on Tuesday morning, causing a four-hour delay in processing election ballots, according to deputy Secretary of State Jordan Fuchs.

The burst “had no impact on ballots — not a single ballot was damaged,” Fuchs said.

State Farm Arena, the home court of the NBA’s Hawks, is the largest ballot processing center in Fulton County, according to Fuchs. Fulton County is Georgia’s most populous county.

Fulton County officials said repairs were made within two hours and that no ballots or equipment were impacted.

As for the timing of counting ballots, county officials said, “there was a brief delay in tabulating absentee ballots while the repairs were being conducted.”

Meanwhile, about 37 miles south of Atlanta, all 18 precincts in Spalding County, Georgia, will remain open for an extra two hours after the county reported a “county wide technical issue” Tuesday morning.

After the glitch with the county’s poll pads — which check voters in — provisional ballots were delivered to every location, according to a statement from the county.

“Voting continues, voting continued at the time, and we feel very comfortable and confident about where we are,” Sterling said later.

The precinct closing time was extended to 9 p.m. ET following a court order, the Spalding County Board of Commissioners said.