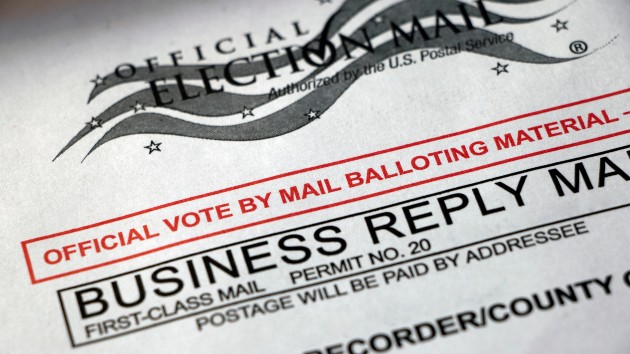 (PHILADELPHIA) — The Philadelphia Convention Center will become the center of election activity in the city on Tuesday at 7 a.m., as hundreds of election officials start working to process hundreds of thousands of mail-in ballots.

Their work in Pennsylvania’s largest city — a key Democratic stronghold — could be crucial to determining who wins the battleground state next week, and with it, the White House.

Under pressure to work quickly, officials are also being squeezed by the calendar, after Republicans in control of the state legislature opted not to allow counties to begin processing mail-in ballots before the election, as is the case in most other states.

That abridged timeline, the potential for legal challenges and the sheer volume of mail in ballots in Pennsylvania — which is allowing voting by mail for the first time this year — could complicate a ballot count that is expected to continue until Friday, according to the state’s top election official. The number of people voting by mail has only been exacerbated by the coronavirus pandemic. Pennsylvania set a record for most daily cases on Friday with 2,398, according to the state department of health.

“It’s very hard to be fast enough for people’s expectations,” Philadelphia City Commissioner Lisa Deeley, a Democrat who leads the city’s election board, told ABC News. “This is going to be new for all of us, and we’re going to be doing the best we can to get it done as quickly as possible, but without sacrificing accuracy.”

Their work will be watched closely. President Donald Trump, who has repeatedly criticized voting by mail, said “bad things happen” in Philadelphia in his September debate with Biden, and urged his supporters to “go into the polls and watch very carefully.”

Pennsylvania Republicans and the Trump campaign are laying the groundwork for an aggressive campaign to challenge the tabulation of mail-in votes, which could make the work of election officials in the city a flashpoint between both parties after Nov. 3. “Dozens of people” have already been deployed to Pennsylvania “to monitor the situation there,” a Republican official said on a call with reporters Friday.

“I think everyone is worried about Pennsylvania,” Vanita Gupta, the president and CEO of the National Leadership Conference on Civil and Human Rights, told ABC News.

How Philadelphia plans to count votes

Pennsylvanians requested more than three million absentee ballots for the general election — and returned more than two million as of Friday.

In Philadelphia, officials are estimating they could have to process more than 350,000 returned absentee ballots from the over 425,000 requested by voters.

Beginning at 7 a.m. on Tuesday, officials will begin processing the ballots, organized by precinct, and scanning them for signatures. Signed ballots will go through extraction machines, which have suction cups to open envelopes that allow staff to remove ballots in the inner secrecy envelopes.

Ballots without secrecy envelopes, known as naked ballots, will be discarded, in accordance with a September state Supreme Court ruling. But poll workers can reach out to voters and offer them provisional ballots to fill out at a polling site in-person.

Once removed from the secrecy envelopes and verified, ballots are unfolded by staff and prepared for processing by the city’s 12 high-speed scanners, which can process 32,000 ballots every hour.

The city plans to post the results of the absentee and mail-in ballots scanned on Election Day after polls close on Tuesday night, and the last voting machine results are received, Deeley said.

Updated counts will be posted four times on Nov. 4, and at least twice a day the rest of the week until every vote is counted.

“I feel confident that the overwhelming majority will be counted by Friday, if not before,” Kathy Boockvar, the Pennsylvania secretary of the commonwealth, told reporters on Friday.

In an earlier appearance on ABC’s GMA 3, Boockvar said the state’s largest counties will count ballots “24/7” to finish the process “as quickly as humanly possible.”

At least seven counties are opting not to begin the process of counting mail ballots, known as pre-canvassing, on the morning of Election Day, despite Boockvar’s encouragements, and will start on Nov. 4.

“We have fewer than 5,000 to process,” Mike Belding, chairman of the Greene County Commissioners, told ABC News in an email. “Our decision is based on county staff and availability of people to work both the polls and start ballot processing.”

“We have purchased an envelope opener and a high-speed scanner to aid in this process,” he continued. “We are focused on procedures, accountability and integrity of the vote.”

Philadelphia was one of several counties overwhelmed by the influx of mail ballots during the June primary, taking more than two weeks to finalize results.

Deeley told ABC News the city has expanded its operation since this summer, adding more staff and purchasing new equipment to handle the flood of mail-in ballots.

“What it took 50 people two days to do, we are going to be able to do in a matter of hours with the industrial equipment we purchased,” she said.

“I’m confident that we’re doing what it takes to respond to this avalanche that nobody anticipated a year ago,” David Thornburgh, the president and CEO of the Committee of Seventy, a nonpartisan good governance and civic leadership organization, told ABC News.

Philadelphia and other counties will also segregate any ballots received from 8 p.m. on Election Day to Nov. 6, in case the validity of the ballots is challenged in court. State Republicans unsuccessfully tried to get the Supreme Court to rule on the extended ballot deadline before Tuesday, but the court did not rule out future action.

Another big challenge for election officials in Philadelphia is fighting misinformation about the election process in the city, along with misleading claims about voter fraud, which experts described as exceedingly rare.

“It’s hard to fight back against a tweet that gets tens of millions, or hundreds of millions, of people who see it,” he added. “And I’m not suggesting just the president.”

Schmidt and other election officials have taken to social media to demystify the voting process as best they can, even as they ready for their work to begin next week.

“It shouldn’t be what we spend all our time doing, but at the same time, sometimes you can’t let it go unanswered,” he said.