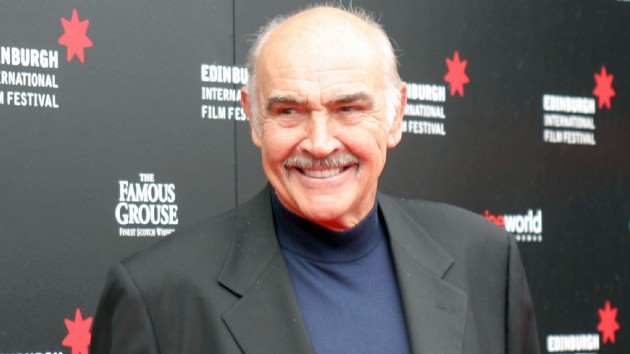 The BBC reported Saturday that Connery died peacefully in his sleep in the Bahamas, having been “unwell for some time,” according to his son, actor Jason Connery.

Jason told the BBC his father “had many of his family who could be in the Bahamas around him” when he passed away overnight.

“We are devastated by the news of the passing of Sir Sean Connery,” Bond producers Michael G. Wilson and Barbara Broccoli said in a statement on Twitter.

“He was and shall always be remembered as the original James Bond whose indelible entrance into cinema history began when he announced those unforgettable words — ‘The name’s Bond… James Bond’ — he revolutionized the world with his gritty and witty portrayal of the sexy and charismatic secret agent. He is undoubtedly largely responsible for the success of the film series and we shall be forever grateful to him.”

Born Thomas Sean Connery in 1930 in Scotland, the eventual big-screen star quit school at an early age and later joined the Royal Navy. After being released from service due to stomach issues, Connery became a weightlifter, according to Biography.com.

He later placed third in the Mr. Universe Competition in the mid-1950s, which kick-started his acting career.

Connery enjoyed a decade of some success, including several TV series roles and the TV movie version of Macbeth, as well as a starring role in the 1959 Disney fantasy adventure Darby O’Gill and the Little People.  But Connery’s career-defining break came when he was cast in 1962’s Dr. No as James Bond, becoming the first actor to bring agent 007 to the big screen.

“It was more fun in the earlier ones,” Connery told later told ABC’s Barbara Walters, admitting the Bond films would be his key to success in Hollywood. But Connery also said “the demand was enormous for publicity and exposure.”

From Dr. No, Connery went on to make From Russia with Love, Goldfinger, Thunderball and You Only Live Twice before walking away from the franchise.  He was replaced by George Lazenby for 1969’s On Her Majesty’s Secret Service, but returned for 1971’s Diamonds Are Forever.  He then left again, and Roger Moore took over the role, though Connery would return as Bond one more time, for 1983’s aptly titled Never Say Never Again.

Outside the Bond franchise, Connery appeared in the critically-acclaimed movies Marnie, The Man Who Would Be King and Robin and Marian, among others.  But it was his co-starring role in director Brian De Palma’s 1987 crime drama The Untouchables, opposite Kevin Costner, that earned Connery his first and only Oscar, for Best Supporting Actor.

After The Untouchables, Connery went on to star in the box office hits Indiana Jones and the Last Crusade, The Hunt for Red October and First Knight.

Connery’s last film was The League of Extraordinary Gentlemen in 2003, an experience said to be so unpleasant, it convinced him it was time to retire from the big screen.

In 2008, after much speculation that Connery might reprise his role as Indiana Jones’ father in Indiana Jones and the Kingdom of the Crystal Skull, he posted on his website: “If anything could have pulled me out of retirement, it would have been an Indiana Jones film. … But in the end, retirement is just too damned much fun.”

Off screen, Connery was knighted in 2000 by Queen Elizabeth II.

“It’s one of the proudest days of my life,” Connery said after receiving the honor, Connery said at the time. “It means a great deal for it to happen in Scotland.”

Connery was married twice in his life, first to actress Diane Cilento from 1962 to 1973, then to Micheline Roquebrune from 1975 until his death. Connery is survived by his son Jason, who was born in 1963.

‘Jeopardy!’ resuming production next week with Ken Jennings as first guest host
Coronavirus live updates: ‘We are at a dire point,’ US surgeon general says
Man, 92, dies of blunt force trauma in motel room, caretaker of 20 years arrested
Amid politics and pandemic keeping families apart, how to keep peace at Thanksgiving
ALS Ice Bucket Challenge co-creator Pat Quinn dies at 37
AstraZeneca, Oxford say their vaccine is up to 90% effective