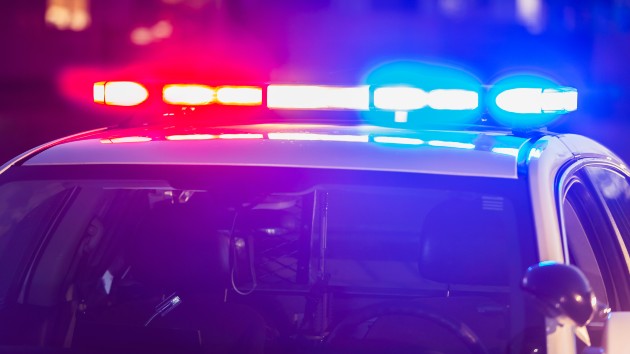 (PHILADELPHIA) — Two people were charged Thursday with multiple felonies after police found explosives in a van in Philadelphia amid unrest in the city over the death of a 27-year-old Black man, Walter Wallace Jr., by police officers.

Brian Larue and Eric Murray have each been hit with three felony charges, including possession of weapons of mass destruction, conspiracy, and risking a catastrophe, along with several misdemeanor charges, authorities said.

“These individuals who have been charged today tried to use a message of justice to provide cover for their own gain,” Pennsylvania Attorney General Josh Shapiro said in a statement Thursday. “This is an incredibly challenging time for communities in Philadelphia, across Southeast Pennsylvania, and around the country. We will not allow criminals to hijack, and take advantage of, lawful protests as an opportunity to sow chaos.”

Also found in the van were quarter or half sticks of dynamite, a handheld propane tank torch, a taser and various tools, including electric drills, bolt cutters and machetes.

Authorities said those types of tools are used to dismantle and steal money from ATMs, which has happened at least 11 times since Monday, Philadelphia officials reported.

The van’s discovery happened as police observed a group of 10-15 vehicles in a hotel parking lot, the attorney general said in a statement. That’s when officials saw the group of cars “suspiciously leave” the parking lot after police arrived. A pursuit ensued, which led to vehicles trying to ram through a Target parking lot barricade and then led authorities onto the highway. That’s when, officials said, the van pulled over and the explosives were found.

The van’s discovery happened as protests, rioting and looting were taking place in the city following the shooting death by police of Wallace.

The shooting happened around 4 p.m. on Monday after Wallace’s brother called 911 and requested an ambulance and medical intervention for Wallace, who the family said had a history of mental health issues.

After police arrived, Wallace became irritated. Wallace’s mother tried to separate her son, who was holding a knife, from police, before officers drew their guns, cellphone video of the encounter showed.

When Wallace broke free from his mother, he walked toward the officers with a knife in hand. That’s when officers fired 14 shots, hitting him multiple times, police said.

Body camera footage of the incident has been reviewed by police, city officials and the Wallace family. It has not, however, been released publicly.

The body camera footage and 911 audio will likely be released by the end of next week, “after certain matters are resolved with Mr. Wallace’s family and their legal counsel,” Philadelphia Mayor Jim Kenney said Thursday.

On the first night of protests this week following Wallace’s death, police said 30 officers were injured and 91 people were arrested. At least 81 people were arrested Tuesday night and into Wednesday, including eight charged with assault on police officers and 53 charged with burglary. At least 23 officers suffered minor injuries on the second night of unrest. There were 40 people arrested on Wednesday night into Thursday, four for assault on police, 29 for burglary, two for stolen auto and five for failure to disperse/violation of curfew, city officials said Thursday.

In total, 212 people have been arrested since the protests began Monday and 57 officers have been injured.

A citywide curfew that was in place since Monday expired Thursday night.