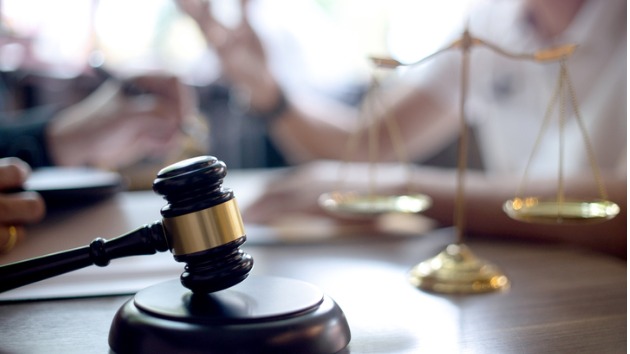 (WASHINGTON) — In the final countdown to Election Day, Republicans have surged resources to key battleground states, gearing up for legal battles that could decide the outcome of the 2020 presidential election, and are in the process of finalizing plans for post-election litigation and potential recounts, according to Republican officials and sources familiar with the legal strategy.

Republicans have deployed 50,000 volunteers, attorneys and staff across the country — primarily in presidential battleground states — to support their Election Day operations, according to a GOP official.

“They’re there to focus on ensuring transparency, the ability to observe the voting and counting processes,” a Republican official said during a call with reporters Friday. “So that’s really why these folks are there is to make sure the law’s being followed, make sure that our voters aren’t being prevented. Make sure that every lawful vote is counted.”

Dozens of lawyers are in states such as Pennsylvania, Minnesota, North Carolina, Nevada and Florida in preparation for a barrage of legal battles that could be mounted on Election Day or in the following days. They have been prepping for potential recounts, pouring through election statutes and lengthy guidance documents from various secretary of state offices, Republican officials said.

“There are full legal teams already deployed across the country and a Supreme Court team is ready should it become necessary,” a source on the Trump legal team told ABC News.

“Hopefully, the few states remaining that want to take a lot of time after Nov. 3 to count ballots, that won’t be allowed by the various courts because, as you know, we’re in courts on that,” the president said Wednesday.

This week, the Supreme Court said it would not grant a pre-election review on Pennsylvania’s plan to accept ballots that arrive up to three days after Election Day, as long as they are postmarked by Election Day — a major win for Democrats in the state on an issue that has become the center point for litigation in battleground states around the country.

But Republicans say the ruling allowed for the issue to be reopened after the election, if necessary and they know the legal fight in the state is far from over.

“We already have dozens of people deployed to Pennsylvania to monitor the situation there,” a Republican official said. “It’s the epicenter right now for problems.”

Pennsylvania — among other states — has Trump’s team on edge. Sources familiar with the campaign data privately concede the race will be extremely tight, with one source predicting it could come within 10,000 votes.

Republican officials said that any likely legal battles they try to mount in the days after Election Day will be isolated to states where such challenges could swing the state in Trump’s favor.

“I think that if … the margin of victory is not sort of dependent on these ballots that may be questionable, there’s a good chance you won’t see any litigation,” the official said.

“But if it’s really close, to be frank, these things — these ballots — are going to become a point of contention.”

Trump and former Vice President Joe Biden are also locked in a close contest in North Carolina and on Wednesday the U.S. Supreme Court denied a GOP request to block a six-day extension of the mail ballot deadline, which was imposed by the state board of elections.

Trump, unhappy with the ruling, tweeted on Friday that the decision “is CRAZY and so bad for our Country.”

“Can you imagine what will happen during that nine day period,” he wrote. “The Election should END on November 3rd.”

In Wisconsin, another battleground state, the U.S. Supreme Court refused to green light a six-day extension ordered by a lower court judge because of the pandemic.

And in Minnesota, the 8th Circuit Court of Appeals ruled that absentee ballots will need to be received by local officials by 8 p.m. on Election Day in order to be counted.

“There is no pandemic exception to the Constitution,” the court ruled Thursday evening.

Minnesota Secretary of State Steve Simon had argued that because of the coronavirus pandemic — and the high number of absentee ballots requested — that ballots should be counted as long as they were postmarked by Election Day and received within seven days.