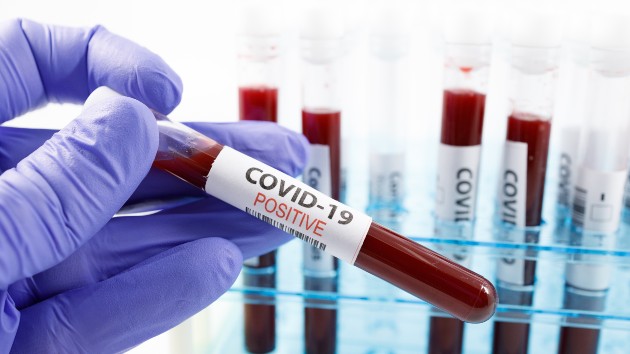 (NEW YORK) — A pandemic of the novel coronavirus has now killed more than 1.18 million people worldwide.

Over 45 million people across the globe have been diagnosed with COVID-19, the disease caused by the new respiratory virus, according to data compiled by the Center for Systems Science and Engineering at Johns Hopkins University. The actual numbers are believed to be much higher due to testing shortages, many unreported cases and suspicions that some national governments are hiding or downplaying the scope of their outbreaks. The criteria for diagnosis — through clinical means or a lab test — has also varied from country to country.

The United States is the worst-affected nation, with more than 8.9 million diagnosed cases and at least 228,668 deaths.

With COVID-19 cases spiking across the U.S., hospitals are once again filling up. At least 25% of hospitals across the country have more than 80% of their ICU beds filled, according to an internal Health and Human Services memo obtained by ABC News.

The percentage of hospitals at that number was 17-18% during the summertime peak.

Two of the hardest-hit states include Idaho and Wisconsin.

Hospitals in Idaho are so constrained that the governor is moving the state back to Stage 3 of reopening plans.

Death rates in Idaho doubled from 22 to 44 between Oct. 19-25, as the statewide test positivity rate rose from 16.7% to 18.7%. That rate is more than triple the national rate. Hospitalizations have climbed sharply since the beginning of October and now the state has reported a new four-month peak of 14.7 hospitalizations per 100,000 people during the week ending Oct 25.

In the southern town of Twin Falls, one out of every four hospitalized patients is infected with COVID-19 and regional hospitals have postponed non-emergency surgeries. At St. Luke Magic Valley, the COVID unit is 97% full, ICU units are running at least 125% above normal and adequate staffing is an issue, HHS said in its memo.

In Wisconsin, the state reported 5,262 new cases and a record 64 new deaths on Oct, 27, both of which were the highest for the state since the beginning of the pandemic.

The seven-day case average in the Badger State is 3,975 while the test-positivity rate is 25.7%.

Officials, according to the HHS memo, anticipate the situation will get worse in the coming weeks. At least 84% of all beds in the state are occupied with 447 patients on ventilators but Wisconsin does have 2,324 ventilators available.

As the number of new cases of COVID-19 surge across Europe and the United States, the global total of diagnosed coronavirus cases is now over 45 million, according to a count kept by Johns Hopkins University.

There are at least 8,945,891 cases as of 4 a.m. Friday in the U.S. and the country will likely hit nine million cases before the end of the day as cases, hospitalizations and deaths from the virus are increasing.

The U.S. on Thursday saw a record single-day high of coronavirus cases with more than 88,000 reported, according to the COVID Tracking Project. Deaths are up 3.6% week-over-week, while new cases are up 24.8% and the test-positivity rate increased to 6.2% from 6% over the same seven-day period, according to an internal Health and Human Service memo obtained by ABC News.

Forty-three states and territories are in an upward trajectory of new cases, while eight jurisdictions are at a plateau and five are going down, the HHS memo said.

This month, many countries in the continent, such as France and Spain, have declared states of emergency, while many others are imposing more restrictions so that ICUs do not become overwhelmed.