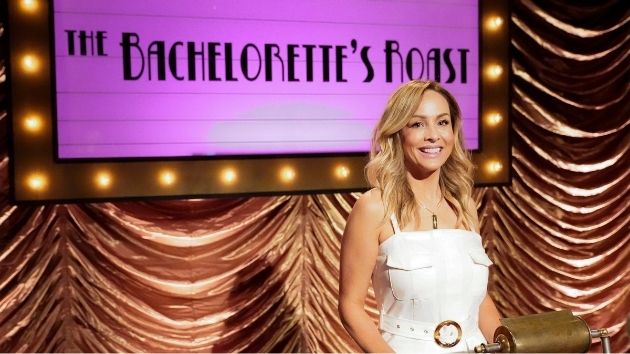 (LOS ANGELES) — On Tuesday’s The Bachelorette, it appeared Clare Crawley found her future husband.  Where did that leave the other men?  Well, they wanted answers.

The episode began with the guys hoping for some much-needed one-on-one time with Clare and another shot at winning her over ahead of the rose ceremony.  Yosef, however, planned on using his time with her to address “red flags” with regards to her behavior, specifically her yelling at the men during his group date and subjecting the next group to walk home naked following a game of strip dodgeball.

What began as a polite discussion quickly escalated into a shouting match, ending with Clare telling Yosef to hit the road.  She then informed the rest of the men that she was cancelling the cocktail hour and heading straight to the rose ceremony, which sent Blake Monar and Tyler S. packing.

Jason, Jay, Eazy, Chasen, Blake Moynes, Ed, Riley and Dale, were invited on a group date that promised to “separate the men from the boys,” but it was “scrapped” in favor of “a really long cocktail party” after Clare got a surprise visit from DeAnna Pappas, The Bachelorette from season four.

When Crawley confessed that Dale “checks all the boxes” for her, DeAnna urged her to follow her feelings, leading Clare to declare, “This may be the shortest season [of The Bachelorette] ever.”

After delivering a “band of brothers” speech and calling for a group hug, Dale got cocktail party started by asking for “five minutes with Clare.”  But, when those five minutes turned into nearly an hour, the other men sensed something was amiss.

As it turns out, Dale and Clare were off getting extremely cozy in her villa.  When Eazy interrupted them with a knock on the door, the two pretended they were having a casual conversation.

Following her conversation with Eazy, Clare was overheard asking a crew member if they could “hurry the rest along.”

After Dale “accidentally” interrupted Ed’s time with Crawley, the guys agreed it was time to call Dale out.  When Clare returned, the guys were disappointed, but not shocked, when Dale was handed the date rose.  He only poured gasoline on the fire by telling the others that he was “the best man suited” to date Clare.

Elsewhere, Zach J. got a solo spa date with Clare that was doomed from the start because she made it known to the camera that she wished it was Dale instead.  Zach and Clare’s otherwise pleasant date fizzled when Clare leaned in to kiss Zach and he appeared to pull away, although Zach insisted it was the other way around.

Instead of Clare showing up for the second part of their date, it was host Chris Harrison, who delivered the bad news that Zach’s time on the show was over.

Brendan, Joe, Kenny, Bennett, Ben, Jordan C., Ivan, Riley, Zac C. and Demar took part in a “roast” hosted by comedian Margaret Cho, where everyone was the victim.  The rest of the men, including Dale, were brought in as the audience.  Unsurprisingly, Dale and his self-proclaimed “frontrunner” status were the main targets.  The hostility wasn’t lost on Clare, whose one-on-one conversations with the guys revolved around their rising animosity towards him.

Clare’s decision to withhold the date rose made the men conclude that Dale won her heart, and the others threatened to walk away from the competition.

“Are the shocking rumors true?” Harrison teased earlier in the episode, referring to the reports of Clare finding her future husband just weeks into the show and being replaced by Tayshia Adams, a contestant on Colton Underwood’s season of The Bachelor.

We seem to get at least part of the answer when Adams turns up in the teaser for next week’s episode.  Whether or not the rumors are true has yet to be seen.

The Bachelorette, returns Tuesday at 8 p.m. ET on ABC.

Here are the remaining men:

Bill that could help Black farmers reclaim millions of acres ‘a step in the right direction’
Vanderbilt’s Sarah Fuller becomes the first woman to play in a Power 5 conference football game
Denver Broncos the latest NFL team hampered by coronavirus
New storm system to travel across the South this weekend
Black Friday 2020: Tips on the best deals to look out for
Michael Jordan donates $2M of proceeds from “The Last Dance” to food banks