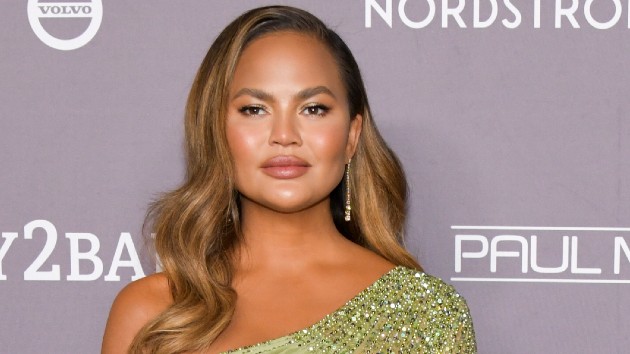 (LOS ANGELES) — Chrissy Teigen has opened up about suffering a second-trimester pregnancy loss in September in an emotional essay.

In the essay published on Medium, the Cravings cookbook author penned a heartbreaking account of what happened the day she lost her son — who she and her husband, singer John Legend, had named Jack — at 20 weeks and how she’s been coping with the grief.

“I was about to fully deliver what was supposed to be the 5th member of our beautiful family, a son, only to say goodbye moments later,” Teigen wrote. “People cheered and laughed right outside our door, understandably for a new life born and celebrated. You kind of wonder how anyone is thinking about anyone but you.”

In late September, the 34-year-old, was admitted to the hospital for excessive bleeding. Prior to that, she’d been on weeks of bed rest. In her essay, she shared that her doctors diagnosed her with partial placenta abruption.

After more nights at the hospital and a lot of heavy bleeding, Teigen’s doctors broke the news.

“He just wouldn’t survive this, and if it went on any longer, I might not either,” she said. “Late one night, I was told it would be time to let go in the morning. I cried a little at first, then went into full blown convulsions of snot and tears, my breath not able to catch up with my own incredibly deep sadness. Even as I write this now, I can feel the pain all over again.”

“I wrote this because I knew for me I needed to say something before I could move on from this and return back to life, so I truly thank you for allowing me to do so,” said Teigen.

Stoning in the Deep: Seth Rogen admits he got a little too high for Adele’s concert
Neuropsychologists call for elimination of race-norming in clinical tests following NFL concussion controversy
What’s behind the ‘dire’ COVID-19 surge in Michigan?
Airbnb letting you stay in the ‘Home Alone’ house for the holidays
President Biden to make at-home rapid tests free in new COVID plan
COVID-19 live updates: First omicron case in US identified in California