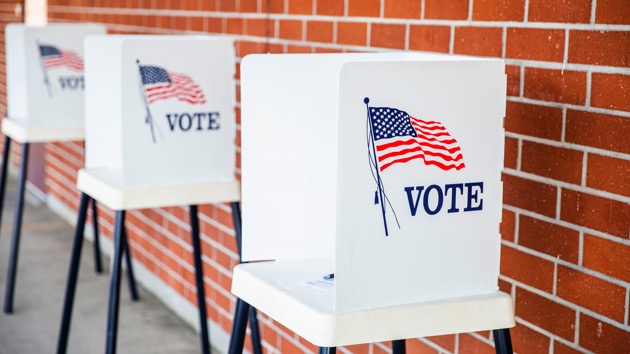 (WASHINGTON) — Georgia has already seen record turnout during early voting, and on Wednesday, Secretary of State Brad Raffensperger predicted that after Election Day, as many as 6 million voters could have cast ballots in this year’s general election, up from 4.1 million in 2016.

“We very well could hit 4.1 million voters before we hit Tuesday,” Raffensperger, a Republican, told ABC News’ “Powerhouse Politics” podcast. “Back in January, we predicted 5 million voters. Obviously, we should’ve aimed a little bit higher… I think now we’ll be probably in the neighborhood of 6 million voters.”

The secretary told the podcast’s co-hosts, Chief White House Correspondent Jonathan Karl and Political Director Rick Klein, that they’re seeing increases across the board, among “voters of all ages, all backgrounds, (and) both political persuasions.”

Since the 2016 election, at least 1.2 million Georgians have registered to vote, according to data from the secretary of state’s office, making a potential increase of 1.9 million more voters casting ballots this election compared to last even more notable.

The state has had no excuse absentee voting since 2005, but that method normally only makes up about 5% of total voters in an election. In 2016, only about 200,000 voters cast absentee ballots by mail, but so far this cycle, already more than 1 million absentee ballots have been returned. These ballot must be received by 7 p.m. on Nov. 3 in order to be counted.

With just six days until those ballots are due, Raffensperger said drop boxes are a great option for voters who still need to return their absentee ballots, which were newly allowed for the 2020 election cycle.

More than 2.2 million have voted during the state’s three-week early voting period, which ends on Friday, and historically, the last two days are the busiest across the state.

Along with that record turnout, though, comes more pressure on election officials to deliver results quickly. But Raffensperger was confident that Georgia is well-positioned to have timely results.

“We’ll get voters their results, you know, as soon as we can that Tuesday night, or Wednesday morning,” he said on the podcast. “I think the sooner we can get results that are accurate out to everyone, I think that helps calm things down. And it really just gives people that sense of comfort that there is a safe, secure assessment process in place.”

Over the summer, the State Election Board, which Raffensperger chairs, passed an emergency rule allowing county election officials more time to process the expected influx in absentee ballots. Beginning 15 days before the election, officials could open the returned absentee ballot envelopes and conduct every step of the process up to the actual tabulation of those votes.

The tabulation, though, is a “relatively fast operation,” Raffensperger said, and as simple as pressing a button on the machine after polls close.

The secretary said that counties are working through the absentee ballots now, mentioning that in Columbus, Georgia, the county election director said her goal is to “have no backlog” of absentee ballots by 7 p.m. on Election Day.

“That is huge. That will give us a very quick response,” Raffensperger said.

He said he was grateful for the rule change to allow this pre-canvassing of the votes.

“At the end of the day, we’re putting the voters in the driver’s seat and voters… they know that their vote counts, but they need to hear from us sometimes,” he said. “We understand how important they are in the process, and everyone wants to get those results as soon as possible.”

As coronavirus cases are increasing across the country, Klein asked Raffensperger about what COVID-19 precautions are in place for early voting, and on Election Day.

Raffensperger said that poll workers and voters “by-and-large” will be separated by plexiglass screens during the check-in process. Poll workers will wear masks and often, gloves, Voting machines will be disinfected after each voter, red dots will be on the ground marking 6 feet to help voters adhere to social distancing, including while in line, and the voting machines will also be spaced out, which is good for safety precautions, but also means that less voting machines can fit in the voting locations.

The secretary was also asked about the 1,300 instances of alleged double voting during the primary and runoff elections over the summer, and how to prevent that from happening during the general election.

Raffensperger said the instances are still being investigated, but part of the problem was poll workers not checking to see if voters had already voted absentee.

He said the main reason they went public with the information, and later followed up with specific data about in which counties and how the alleged double voting occurred, was to make clear to voters that voting twice “is a serious violation.”

“We need voters to understand that we will prosecute when we find people who double vote because every time someone posts twice, you in effect, have robbed someone else’s lawful vote,” Raffensperger said. “We just want to make sure that elections are run safely, sensibly and responsibly.”

At the beginning of this month, the secretary of state’s office released data outlining in which counties and in what way the alleged double voting occurred. None of the alleged instances have been proven yet as the investigation is ongoing. Raffensperger said the State Election Board will hold a hearing on the alleged violations once the general election is complete.