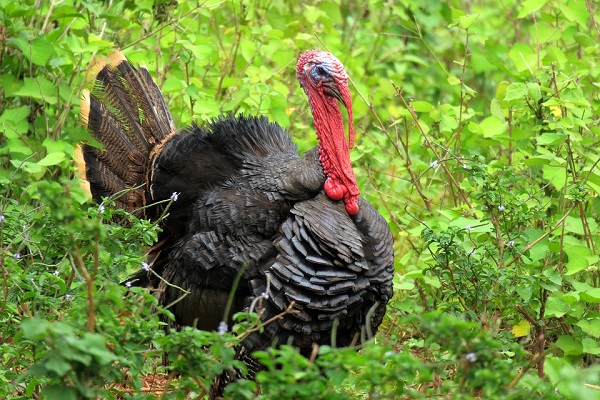 Harrisburg, PA – Pennsylvania’s fall turkey season kicks off Saturday, Oct. 31 in 19 of Pennsylvania’s 23 Wildlife Management Units (WMUs), with more fall turkey hunting – including the return of a three-day Thanksgiving season – around the corner in much of the state.

For all of our listening area, fall turkey hunting starts on Oct. 31.

While fall turkey hunting occurs in most of the state, there is no fall season in WMUs 5C or 5D, and season lengths differ in different WMUs. Hunters are advised the three-day Thanksgiving season to be held in 12 WMUs this year will run Wednesday, Thursday and Friday. In recent years when a three-day season was held, the season ran from Thursday through Saturday.

While fall turkey hunters no longer are required to wear fluorescent orange, the Game Commission highly recommends the use of orange when not required, especially while moving.

Statewide in recent years, Pennsylvania hunters have taken upwards of 9,000 fall turkeys. In 2019, the fall turkey harvest was an estimated 9,056 – similar to the 2018 harvest of 9,219 and 7 percent below the previous three-year average of 9,776. Part of the 2019 decrease is due to the Thanksgiving season being shortened from three days to two to accommodate the new Saturday opener of firearms deer season. The return of a three-day season could provide for a rebound. Other factors that contributed to lower harvests included an abundant mast crop in some parts of the state, which made birds more difficult to locate; carryover effects of below-average reproduction in 2018; and decreased hunter participation. In 2019, an estimated 95,800 took part in fall turkey hunting. The previous three-year average was 117,400.

Female turkeys comprised about 48 percent of the 2019 harvest, similar to the previous three-year average. Since 2015, the average female harvest has decreased significantly, which is encouraging because every time a fall hunter passes on a hen, there’s a greater chance for improved recruitment in the following year’s statewide population.

Field reports of oak mast production vary across the state, but the white oak acorn crop seems to be low, and non-existent in many areas. However, red oak and black oak acorns seem to be average and in some areas are providing a bumper crop.

The management goal to allow the population to increase is achievable through continued habitat and harvest management to improve survival and reproductive success.

Successful fall turkey hunters must tag their birds according to instructions provided on the printed harvest tags supplied with their licenses, then report harvests.

Mentored hunters under the age of 7 may receive by transfer a fall turkey tag supplied by their mentor.

The turkey must be tagged immediately after harvest and before the turkey is moved, and the tag must be securely attached to a leg until the bird is prepared for consumption or mounting.

Hunters reporting their turkey harvests over the telephone through the Interactive Voice Response (IVR) system can call 1-855-PAHUNT1 (1-855-724-8681). Hunters will need to have their license and their copy of the harvest tag in front of them when they make the call.

Hunters should record the confirmation number supplied by the IVR system for the turkey reported.

All hunters reporting harvests are asked to identify the WMU, county and township where the bird was taken.

Additionally, hunters may harvest a turkey that has been leg-banded for research purposes, and if so, they should follow the instructions on the band. The Game Commission leg-banded approximately 300 turkeys last winter in a continuing effort to determine spring harvest rates and annual survival rates by WMU, tracking turkey populations.

Thanks to funding from a U.S. Fish and Wildlife Service Multistate Conservation Grant and the Pennsylvania Chapter of the National Wild Turkey Federation (NWTF), the Game Commission and its partners continue to study the potential effects of West Nile virus (WNV) on turkeys, though the study has been impacted by the ongoing COVID-19 pandemic.

Partnering with the University of Georgia Research Foundation Inc., the Southeastern Cooperative Wildlife Disease Study and NWTF, the Game Commission is assessing and measuring the effects of experimentally infecting wild turkey poults and bobwhite quail chicks with West Nile virus to determine if the disease might be impacting these game birds, as it is ruffed grouse, which have seen dramatic declines partially due to WNV losses.

For turkeys and quail, the outlook might be better. All inoculated birds in the 7-week age group survived with no WNV-related effects. In the 16-week inoculated group, no quail and only one turkey showed symptoms from WNV infection.

Due to COVID-19-driven closure of the laboratory earlier this year, further analyses are pending regarding the turkey. But it is known that all WNV-inoculated birds developed WNV antibodies to help fight future infection.

The study also tests wild turkeys for WNV antibodies, which would signify a bird survived infection. Hunters are helping in the effort. During 2019, fall turkey hunters submitted blood samples from 194 turkeys across Pennsylvania. Of these, 34 percent had antibodies to WNV or a closely related virus. This percentage is higher than highly susceptible species, like the greater sage-grouse, suggesting some turkeys are surviving infection.

The Game Commission is coordinating fall turkey blood sample collections to include other Northeastern states during 2021 and 2022. Over the three-year study, determining wild turkey antibody levels in relation to mosquito populations will provide more insight as to how varying factors influence WNV transmission.

Pennsylvania Supreme Court hears Bill Cosby’s plea to overturn sex assault conviction
Hunter shot to death after being mistaken for a deer by another hunter
Be patient and use caution when driving during winter weather
Sandy Twp Police: dumpster diving, altercation in parking lot, boy stuck in mall store
How to donate wisely on Giving Tuesday
Kids as young as 13 can use COVID AlertPA app with guardian’s permission