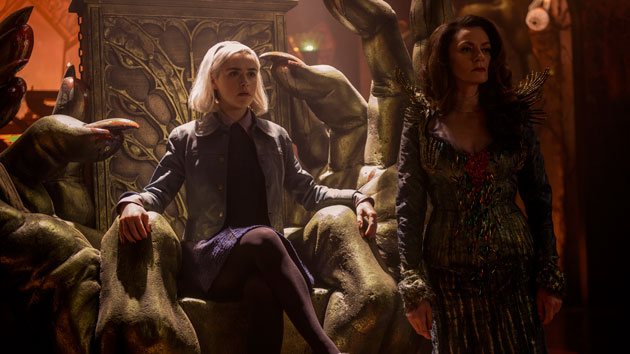 (LOS ANGELES) — Netflix is ringing in the new year by marking the end of the Chilling Adventures of Sabrina. The final season of the show hits the streaming platform on December 31.

Coinciding with the announcement of the series end, Netflix released a teaser of the final chapter that finds half-human, half-witch Sabrina Spellman and the town of Greendale up against the Eldritch Terrors — sinister beings that threaten humanity and which Sabrina and the town must work together to defeat.

“My name is Sabrina Spellman and I will not sign it away,” she proclaims defiantly in the announcement clip that’s filled with supernatural happenings, killer cheerleaders and spooky rituals.

The story unfolds over the course eight one-hour episodes.

The adaption of Sabrina the Teenage Witch premiered in 2018 and stars Kiernan Shipka in the title role. Netflix announced in July that it was cancelling the series after two seasons.

The Netflix adaptation is actually the sixth Sabrina TV series, the first of which was a 1970s animated comedy, and best-known of which is the 1996 live-action version that starred Melissa Joan Hart and aired for seven seasons, through 2003.