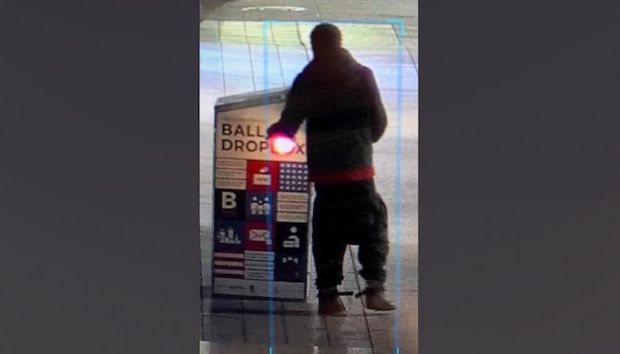 (BOSTON) — Boston police have arrested a man suspected of lighting a ballot box on fire with more than 120 votes inside.

Smoke was seen coming from an early voting ballot box on Boylston Street in Copley Square on Sunday around 4 a.m., according to the Boston Police Department. Firefighters extinguished the fire by filling the ballot box with water, police said.

Of the 122 ballots inside the box, 87 were legible and able to be processed, Massachusetts Secretary of the Commonwealth William F. Galvin said in a statement. Officials are asking voters who placed their ballots in that box to check the status of their vote.

The suspect, 39-year-old Boston resident Worldy Armand, was arrested late Sunday and charged with willful and malicious burning, according to police. It is unclear if he has a lawyer.

He was spotted just before 11 p.m. near Copley Square by the department’s Drug Control Unit, which was on patrol in the area, police said.

After the officers approached him, they discovered an active warrant for his arrest for receiving stolen property, police said.

Voters who who used the Copley Square drop box between 2:30 p.m. on Saturday and 4 a.m. on Sunday and are not able to confirm their ballot status are urged to contact the Boston Elections Department immediately. The City of Boston will mail a replacement ballot to affected voters, who will have the option of casting that replacement ballot or voting in person until 8 p.m. on Election Day.

If any affected voter does not submit a new ballot, their original ballot will be counted by hand to the extent possible, Galvin said.

Galvin contacted the office of U.S. Attorney Andrew Lelling to request the FBI investigate “what appears to be deliberate attack.” He has also directed all local election officials to increase security of drop boxes by employing guards, installing video surveillance and emptying drop boxes frequently.

“What happened in the early hours of this morning to the ballot drop box in Copley Square is a disgrace to democracy, a disrespect to the voters fulfilling their civic duty, and a crime,” according to a joint statement from Galvin and Boston Mayor Martin Walsh. “Our first and foremost priority is maintaining the integrity of our elections process and ensuring transparency and trust with our voters, and any effort to undermine or tamper with that process must be prosecuted to the fullest extent of the law.”

Armand is expected to be arraigned in Boston Municipal Court at an unknown date.

Salesforce to acquire Slack for $27.7 billion amid remote work boom
Coronavirus live updates: CDC announces alternatives to 14-day quarantine
Keke Palmer shares she has PCOS: Here’s what to know about it
Report: 2021 Oscars to buck the virtual trend and proceed as an “in-person telecast”
Coronavirus live updates: Vaccinations to begin in Russia next week, Putin says
Former astronaut Mark Kelly to be sworn in as Arizona’s newest US senator