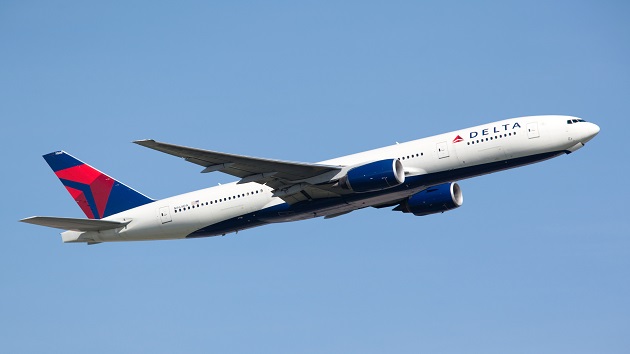 (NEW YORK) — Usually reserved for suspected terrorists, Delta Airlines has added the names of 460 people to its no-fly lists for refusing to comply with a requirement to wear masks during flights, according to a memo to employees from the company’s CEO.

Delta CEO Ed Bastian revealed the number in an internal memo about breast cancer awareness month. He encouraged employees to participate in helping to raise money to fight the disease.

“Throughout the pandemic, we have focused our efforts on protecting our people, our customers and our communities,” Bastian wrote in the memo sent to employees on Thursday and obtained by ABC News.

Bastian went on to cite a significant increase in COVID-19 infections across the nation, saying the continuing public health crisis “makes it as important as ever for us to be aware of the multiple layers of defense.” The coronavirus has killed nearly 225,000 people and infected more than 8.5 million the United States.

“Wearing a mask is among the simplest and most effective actions we can take to reduce transmission, which is why Delta has long required them for our customers and our people,” Bastian wrote. “As of this week, we’ve added 460 people to our no-fly list for refusing to comply with our mask requirement.”

Bastian’s memo followed several incidents in which Delta flight crews and those of other airlines experienced confrontations with people refusing to wear masks.

In July, a Delta flight from Detroit to Atlanta was taxiing on a runway when a confrontation erupted over two customers who refused to wear masks, forcing the pilot to return to the gate to eject the passengers from the plane.

In September, a mother and her 2-year-old son were kicked off an American Airlines flight because the toddler refused to wear a mask.

All major U.S. airlines require any child age 2 and over to wear a mask in order to fly, but the policy has come under scrutiny as more stories of parents with small children being kicked off flights have surfaced.

In late August, a mother and her six children were kicked off a JetBlue Airways flight because her 2-year-old daughter refused to wear a mask.

In June, the Association of Flight Attendants-CWA, a union representing more than 50,000 members, implored the federal government to mandate that passengers wear face coverings on all flights, noting at the time that more than 350 flight attendants had contracted COVID-19 and some had died.

“Masks are essential to keep passengers, flight attendants, and frontline aviation workers safe during the Coronavirus pandemic,” the union’s statement said. “It is also essential to rebuild confidence in air travel. The federal government has completely abdicated its responsibility to keep the flying public and aviation workers safe during COVID-19.”