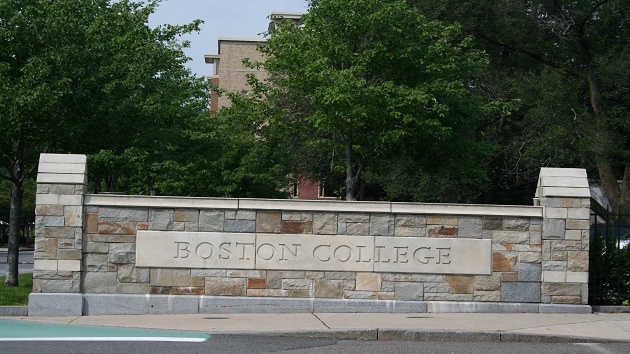 (BOSTON) — One college sophomore went beyond just walking a mile in someone else’s shoes.

Gordon Wayne walked more than 500 miles on foot to raise money for The National Alliance to End Homelessness, a cause that Wayne has been affected by personally.

“Every time I want to quit I just think about the people I’m doing this for and this is bigger than myself and I have to keep going,” Wayne told “World News Tonight.”

A year ago, Wayne was homeless and applying to colleges out of his car while he worked 10-hour shifts at an amusement park. Over the summer, Wayne found out he had been accepted to his dream school — Boston College — on full scholarship.

In an effort to recognize an estimated 500,000 Americans affected by homelessness, Wayne decided to walk from his hometown in Caroline County, Virginia, to his college in Massachusetts.

Along with his journey, Wayne started a GoFundMe page that has since raised more than $100,000 for The National Alliance to End Homelessness.

In August, Wayne began his trek and walked close to 30 to 40 miles a day.

“I’m taking a break. I just walked for about 10 miles straight,” Wayne recorded in a video diary for “World News Tonight.”

Even through the exhaustion, he did not give up and found support from good Samaritans along the way.

“Today, Ashley and her mom brought me some supplies,” Wayne said in a recording.

After a 16-day journey, Wayne marched through the Boston College stadium.

“I’d like to welcome you to the most beautiful campus in the universe: Boston College,” Wayne shared with “World News Tonight.”

Now on campus, Wayne said that he’s finally home. He told “World News Tonight” that he hopes others will have that same chance.

“I hope that I can inspire people to keep walking. You know, keep taking that extra step,” he said. “Even when it hurts. Even when it’s hard and you don’t want to. There’s no other choice. You have to keep going if you want to achieve what you want in life.”