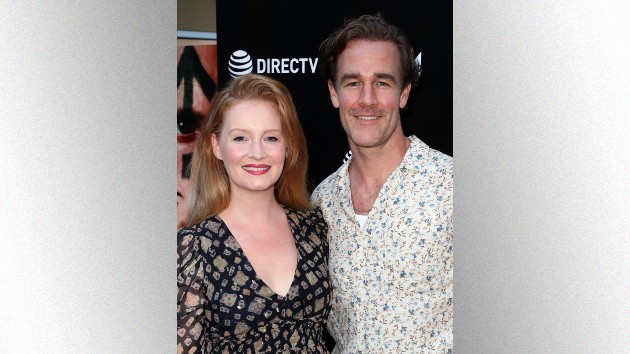 Speaking on Instagram live on Tuesday, the 38-year-old opened up about losing two pregnancies, both at 17 weeks, in the span of a year.

Van Der Beek revealed not only where she buried her sons, but what she wanted to name them.

The mom of five revealed she buried her sons in a passion fruit vine that mysteriously turned up in a pile of plants she had purchased.  Soon, it was dubbed the “mama plant” and became an important fixture in the household.

When she suffered her first miscarriage, she “was told exactly where to bury it” — the passion fruit vine.

The intent is that, when it’s time to plant the passion fruit vine “in the earth,” “she can grow up around it.”

Van Der Beek remains thankful for the plant that she believes came to her by fate, “The cool thing is I had this whole spiritual awakening that happened and the next day, mama plant had her first flower.”

She also added that November 17 is now an important date for the family: the day of John’s miscarriage and, later, Zachariah’s due date.

To honor their memory, Van Der Beek will host a blood drive that day and vowed, “If I’m feeling strong, I’ll also be giving blood.”

‘The Bachelorette’ recap: Hometowns week ends with a devastating elimination
COVID-19 live updates: Greece to mandate vaccines for people 60 and older
How’d you like to stay in the Grinch’s cave for the holidays?
Michael J. Fox on retiring from acting, embracing optimism, and re-discovering what people love about ‘Back to the Future’
Taraji P. Henson preps for ‘Annie Live!’, Kevin Hart makes it a merry holiday for youth, and more
Prosecutors question Elizabeth Holmes, 1 day after she leveled abuse claims against her former partner and company COO