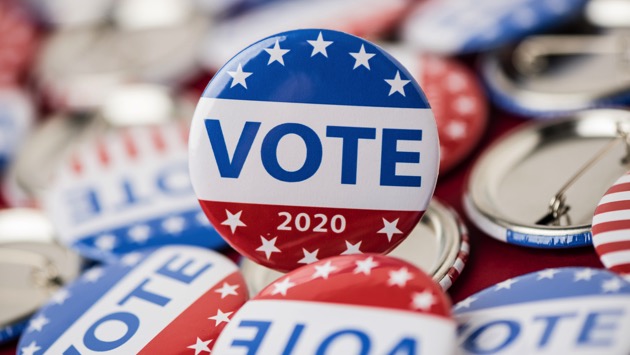 (WASHINGTON) — With 12 days to go until Election Day, and President Donald Trump and former Vice President Joe Biden racing toward Nov. 3, voters are turning out in record numbers to cast their ballots early as the candidates head to Nashville for a final showdown.

Roughly 42 million Americans have already voted in the 2020 election, reflecting an extraordinary level of participation and interest despite unprecedented barriers brought on by the coronavirus pandemic.

The candidates will face off in the final presidential debate of the 2020 election cycle from Belmont University in Nashville this evening — their last chance to pitch themselves to tens of millions of voters in primetime before Nov. 3.

In the final weeks of campaigning, the president remains on defense as polls shows him trailing nationally and in several battleground states key to his reelection hopes.

Biden, maintaining a lead in national polls — his largest of the election, according to FiveThirtyEight’s average — stayed off the trail this week ahead of the debate, a pattern for the former vice president. The debate offers Biden a platform to solidify his lead so long as he avoids any major mistakes in the homestretch.

With an estimated 55 million requested absentee ballots not yet turned in, top election officials and voter advocates are urging voters to send in their ballots before it’s too late.

Earlier this week, Michigan Secretary of State Jocelyn Benson said the recommended mail-by date for ballots in her state has already passed and encouraged voters “to return them as soon as possible” by hand delivering them to a local clerk’s office or a ballot drop box.

“If you are using the mail, you want to get it in as early as possible — like now,” League of Women Voters CEO Virgnia Kase said in an interview with ABC News Thursday. “Otherwise, dropping it off at one of those secure ballot drop boxes really is probably the safest and easiest way to make sure that your ballot is counted in on time.”

Oct 22, 10:53 am
Biden plans commission to reform ‘out of whack’ court system

In a new clip of his “60 Minutes” interview taped earlier this week in Wilmington, Delaware, former Vice President Joe Biden announced he would put together a bipartisan commission to look into the possible options for reforming an “out of whack” court system, again declining to say specifically if he would expand the court at this point.

“If elected, what I will do is I’ll put together a national commission of — bipartisan commission of scholars, constitutional scholars, Democrats, Republicans, liberal/conservative. And I will — ask them to over 180 days come back to me with recommendations as to how to reform the court system because it’s getting out of whack — the way in which it’s being handled and it’s not about court-packing. There’s a number of other things that our constitutional scholars have debated and I’ve looked to see what recommendations that commission might make,” Biden said.

When pressed on if the study would center solely on the issue of packing the court, Biden pushed back, saying there are “a number of alternatives that are — go well beyond packing.”

Biden said discussions on how to deal with the court is very much a “live ball,” and warned he didn’t want to politicize the institution from president to president.

Plexiglas partitions were placed on the debate stage next to each candidates’ lectern as a precaution for the second and final presidential debate in Nashville on Thursday.

Plexiglass became an issue prior to the vice-presidential debate when the two campaigns squabbled over whether to have physical barriers separate the two candidates.

The insistence on barriers was initially met with resistance by Vice President Mike Pence’s team, but they were ultimately used.

New York City poised to give noncitizens right to vote in local elections
‘Live in Front of a Studio Audience’ returns with lighthearted take on ‘Facts of Life’ and ‘Diff’rent Strokes’
The “snot”-so-fun joys of parenthood, according to Katy Perry and Orlando Bloom
White House issues nationwide call to action on maternal health crisis
Instagram rolls out features to protect young users amid mounting controversies
Omicron live updates: US daily death average surges