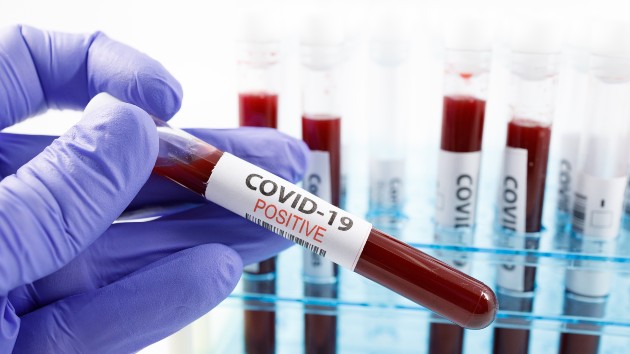 Over 41.2 million people across the globe have been diagnosed with COVID-19, the disease caused by the new respiratory virus, according to data compiled by the Center for Systems Science and Engineering at Johns Hopkins University. The criteria for diagnosis — through clinical means or a lab test — has varied from country to country. Still, the actual numbers are believed to be much higher due to testing shortages, many unreported cases and suspicions that some national governments are hiding or downplaying the scope of their outbreaks.

The United States is the worst-affected country, with more than 8.3 million diagnosed cases and at least 222,201 deaths.

California has the most cases of any U.S. state, with more than 886,000 people diagnosed, according to Johns Hopkins data. California is followed by Texas and Florida, with over 868,000 cases and over 762,000 cases, respectively.

The U.S. Department of Labor said Thursday that weekly unemployment filings have dipped below the 800,000 mark for the first time in months, falling to 787,000 last week.

It’s the lowest number of weekly jobless claims since March, when the coronavirus pandemic clobbered the U.S. labor market and the tally of initial unemployment filings peaked at some 6.9 million in a single week.

While the drop is a welcome sign for an economy still entrenched in a pandemic-induced financial crisis, the figure still remains well above pre-pandemic levels. It also dwarfs the previous record for initial claims set in 1982.

Germany confirmed 11,287 new cases of COVID-19 on Wednesday, its highest single-day increase since the start of the pandemic.

The latest daily tally soared past the country’s previous record of 7,830 new cases set on Saturday.

An additional 30 deaths from COVID-19 were also registered Wednesday. The cumulative totals now stands at 392,049 cases and 9,905 deaths, according to the latest data from the country’s public health institute.

Germany has broken its own record for daily case counts several times this month. While testing has increased since then, the country is among several in Europe that have seen a sharp uptick in COVID-19 infections in recent weeks.

Oct 22, 8:55 am
Analysis shows hospitalizations rising in 41 US states plus Guam

An ABC News analysis of COVID-19 trends across all 50 U.S. states as well as Washington, D.C., Puerto Rico and Guam found there were increases in hospitalizations over the past two weeks in 41 states plus Guam.

Over the last five-and-a-half weeks, new cases across the nation have surged by more than 72%. More than one million cases have already been registered in the month of October alone, with over 412,000 reported in just the last seven days.

States across the Midwest such as Montana, North Dakota, Oklahoma, South Dakota and Wisconsin all continue to consistently report high numbers, while other states such as Colorado, Illinois, Kentucky, Massachusetts, New Jersey and Ohio continue to trend upward.

Wilmes, who was the caretaker prime minister of Belgium during the first wave of the coronavirus pandemic, announced via Twitter on Saturday that she had tested positive for COVID-19, saying that the “contamination probably happened within my family circle given all precautions taken outside of my home.”

She is the country’s first woman foreign minister, as well as the first and only woman prime minister in Belgian history.

The Czech Republic confirmed 14,968 new cases of COVID-19 on Wednesday, setting a new record for the second straight day.

The country’s cumulative total now stands at 208,915 confirmed cases, about a third of which have been registered in last seven days. More than 124,000 cases were active, including 4,417 patients who remained hospitalized for COVID-19, while over 83,000 have recovered from the disease, according to data from the Czech health ministry.

So far, 1,739 people have died from the disease in the Czech Republic. The country’s highest single-day death toll of 97 was recorded on Monday, according to the health ministry data.

The Czech Republic has the highest rate of COVID-19 infection in Europe. Over the past two weeks, the nation of 10.7 million people has reported 1,066.3 cases per 100,000 population, according to data published Thursday by the European Center for Disease Prevention and Control.

New restrictive measures, including mandatory mask-wearing outdoors and in cars, went into effect across the Czech Republic on Wednesday. Further restrictions, such as limits on movement and the closure of many businesses, will be imposed Thursday.

COVID-19 patients now take up more than 60% of all intensive care unit beds in hospitals across the greater Paris region of Ile-de-France, a spokesperson for the regional health agency told ABC News.

There were 669 COVID-19 patients listed in critical condition as of Wednesday night, according to the spokesperson.

France is among several countries in Europe seeing a rise in COVID-19 infections as a second wave of the pandemic hits the region.

So far, France’s public health agency has confirmed a total of 957,421 cases, including at least 34,048 deaths. The country has the seventh-highest case count in the world, according to a tally kept by Johns Hopkins University.

The number of new cases of COVID-19 recorded in the United States increased by double digits in week-over-week comparisons, while deaths and intensive care unit admissions are also on the rise, according to an internal memo from the U.S. Department of Health and Human Services that was obtained by ABC News on Wednesday night.

The memo, which is circulated among the highest levels of the federal government and is used to determine daily priorities for the agencies working on a COVID-19 response, said 41 U.S. states and territories are in an upward trajectory of new infections, while six jurisdictions are at a plateau and seven others are in a downward trend.

There were 414,004 new cases confirmed during the period of Oct. 14-20, a 15.1% increase from the previous week. There were also 5,168 fatalities from COVID-19 recorded during the same period, a 4.2% increase compared with the week prior, according to the memo.

The national positivity rate for COVID-19 tests dropped slightly from 6% to 5.8% in week-to-week comparisons. Meanwhile, 23% of hospitals nationwide have more than 80% of their ICU beds full. That figure was 17%-18% during the summertime peak, the memo said.

In Illinois, the number of new cases increased 41.1% on Oct. 18 compared to the prior week, over twice the national growth in infections — 14.8% — during the same period. Meanwhile, COVID-19 hospitalizations continued to climb, with the state reporting a seven-day average of 17.3 hospitalizations per 100,000 people on Oct. 18. The state is also experiencing a shortage of health care professionals, particularly nurses, according to the memo.

Indiana saw a 22.4% increase in new cases and an 8% uptick in new deaths between the weeks ending Oct. 11-18. The state reported a record high of 2,521 new cases on Oct 17, one day after surpassing a daily tally of 2,000 new cases for the first time. The state also reported its highest seven-day average of COVID-19 hospitalizations — 20.1 per 100,000 people on Oct. 18. During that time, an average of 63% of inpatient beds and 66.4% of ICU beds were full. Indiana has reissued a call for retired health care professionals to volunteer as hospitals across the state face staffing issues, the memo said.

Michigan’s Washtenaw County saw a relative increase of 110.9% in new cases between Oct. 11-18. The surge may be driven by the University of Michigan, where the school’s quarantine and isolation housing was at 52.8% occupancy as of Oct. 20, according to the memo.

Minnesota reported a record high of 126 new COVID-19 hospitalizations on Oct. 20. The number of new cases increased 24.9% across the state in the week ending Oct. 19, while new deaths climbed by 53.5%, the memo said.

Ohio registered 2,234 new cases on Oct. 17, its highest number since the coronavirus pandemic and marking the fourth straight day the state’s daily tally was over 2,000. Ohio also reported a record high of 1,145 COVID-19 hospitalizations on Oct. 19. The state’s seven-day average of hospitalizations has continued to climb over the past three months, reaching a rate of 13.2 per 100,000 population on Oct. 18, the memo said.

Oct 22, 4:40 am
US reports highest daily death toll since mid-September

An additional 1,124 fatalities from COVID-19 were registered in the United States on Wednesday, according to a real-time count kept by Johns Hopkins University.

The latest daily death toll is the highest the country has reported since Sept. 15 but still less than the record 2,666 new fatalities registered on April 17.

A total of 8,337,204 people in the United States have been diagnosed with COVID-19 since the pandemic began, and at least 222,201 of them have died, according to Johns Hopkins. The cases include people from all 50 U.S. states, Washington, D.C. and other U.S. territories as well as repatriated citizens.