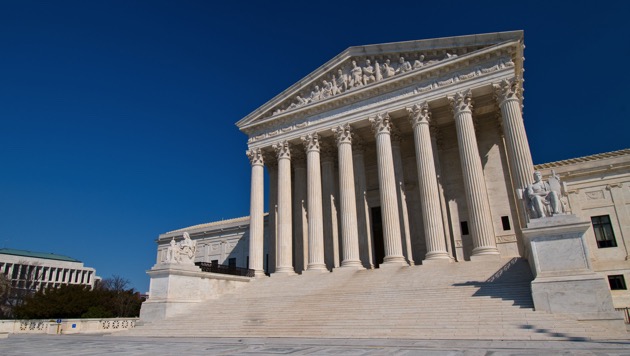 (NEW YORK) — Former Vice President Joe Biden says, if elected, he would turn to a bipartisan commission for recommendations on what changes should be made to the Supreme Court, calling the current system “out of whack.”

“If elected, what I will do is I’ll put together a national commission of — bipartisan commission of scholars, constitutional scholars, Democrats, Republicans, liberal/conservative. And I will — ask them to over 180 days come back to me with recommendations as to how to reform the court system because it’s getting out of whack,” Biden said in an excerpt from an interview with the CBS program 60 Minutes, taped earlier this week in Wilmington, Delaware.

“[I]t’s not about court packing. There’s a number of other things that our constitutional scholars have debated and I’d looked to see what recommendations that commission might make,” Biden added.

When pressed on whether the commission study would center solely on the issue of packing the court, Biden pushed back, arguing there are “a number of alternatives that … go well beyond packing.”

The answer is Biden’s clearest commitment to date of how he would address the Supreme Court as president — while seemingly punting decisions on reforms to the system including adding seats to the bench as some progressive Democrats have advocated for, six months into his administration.

After deflecting repeated questions about whether he was for or against the idea, Biden said in a town hall with ABC News last week in Philadelphia he was ‘not a fan’ of court packing, but committed the American people would know where he stood before Election Day.

“We don’t need a commission to tell us that Republicans are about to steal their second Court seat in four years, and that the Court routinely sides with voter suppression tactics that make it harder for Democrats to win elections. This is a punt,” Brian Fallon at Demand Justice tweeted.

In the 60 Minutes interview, Biden said discussions on how to deal with the court is very much a “live ball,” and warned he didn’t want to politicize the institution from president to president.

“The last thing we need to do is turn the Supreme Court into just a political football, whoever has the most votes gets whatever they want. Presidents come and go. Supreme Court justices stay for generations.”

The question of Biden’s stance on the issue of court packing has lingered in the wake of the Supreme Court Justice Ruth Bader Ginsburg’s death in September, when Senate Republicans said they would move forward with the confirmation process for her successor, Judge Amy Coney Barrett — despite having blocked President Obama’s Supreme Court nominee in March 2015 prior citing proximity to the election.

Biden has sought to keep the focus on the stakes of Coney Barrett’s confirmation to the court, particularly when it comes to health care, given her past writings on the Affordable Care Act.

“In the middle of this pandemic, why do Republicans have the time to hold a hearing on the supreme court instead of addressing the significant economic needs of local communities? I’ll tell you why, for real, not hyperbole, I’ll tell you why. It’s about wiping Obamacare off the books. That’s what it is about, because their nominee has said in the past the law should be struck down,” Biden said in Durham, North Carolina, Sunday.