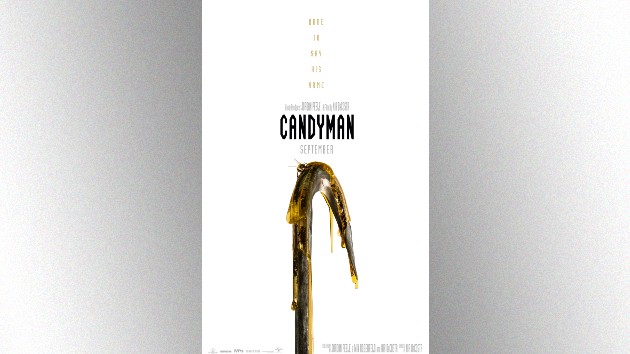 (LOS ANGELES) — Jordan Peele’s remake of the classic horror film Candyman has been pushed back to next year.

Deadline reports Universal and MGM has decided to delay the movie’s release until Aug. 27, 2021 after filming was postponed due to COVID-19 earlier this year. The film was initially postponed from its previous June 2020 release date to Sept. 25th.

The new film is billed as the “spiritual sequel” to the original 1992 Candyman, which followed the son of a slave who became an artist. He was later mutilated and killed by a lynch mob hired by his lover’s father, prompting his spirit to seek revenge.

Chadwick Boseman to be posthumously honored during ‘MTV Movie & TV Awards: Greatest of All Time’
NASA will pay a firm $1 to go to the moon and get a sample
Aubrey Plaza says she was initially “terrified” to take on challenging ‘Black Bear’ role
“I don’t need to prove anything” – Jennifer Lopez credits ‘Hustlers’ Oscar snub for new attitude
Coronavirus live updates: US has worst day yet with record number of new cases and deaths
With teachers hard to find, parents step in as substitutes to keep schools operating