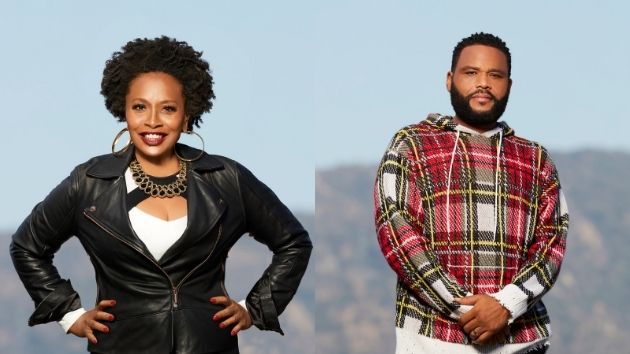 (LOS ANGELES) — Black-ish makes its grand return Wednesday night with the COVID-19 pandemic front and center to kick off its seventh season.

Because production officially resumed amid the pandemic, the cast and crew had to adjust to several major changes to ensure everyone’s health and safety.

Jenifer Lewis, who plays Ruby Johnson, told ABC Audio that she was very nervous about going back to work.

“I had a full out anxiety attack,” Lewis admits. “I hadn’t been out of the house. I had completely quarantined. I think I went out of quarantine, once, to go to the doctor.”

Because Lewis was so nervous to go on set, the 63-year-old actress sought some encouraging words from her therapist, who literally told her “go do your [expletive] job!”  The tough love, says Lewis, definitely worked.

She wasn’t the only actor feeling anxious about returning to work, however.  Anthony Anderson — who plays Lewis’ on-screen son Andre Johnson — admits he felt unsure about “dealing with a couple of hundred people on on set every day.”

“But, ABC and our production, I came up with a great COVID protocol,” he conveyed to ABC Audio. “Knock on wood, we’ve been in production for over two months now, and no one has tested positive.”

With black-ish opting to tackle the pandemic in upcoming episodes, Miles Brown and Marsai Martin had quarantine on the brain and let it slip about which cast member they definitely would not want to hunker down with.

“Anthony would be the most annoying to quarantine with,” Brown remarked about his on-screen dad. “It would make you go insane.”

Martin also agreed regarding Anderson, adding, “He’s just wild. That’s it. Like it will never be a dull moment with them.”