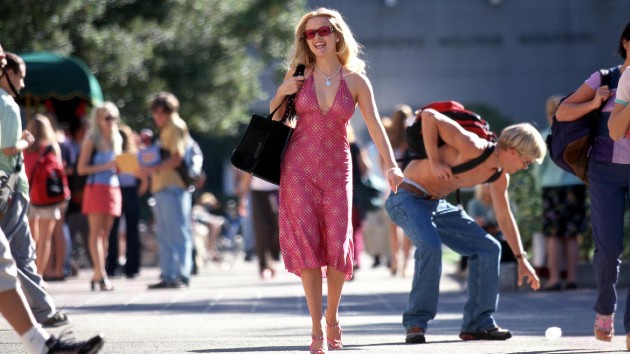 (LOS ANGELES) — Hard to believe it’s been almost 20 years since people fell in love with aspiring attorney Elle Woods and the cast of Legally Blonde is also amazed by how fast time flew.

Reese Witherspoon, who starred in the beloved 2001 film, reassembled the cast and crew for a virtual reunion on Tuesday to benefit the Chefs for America Initiative, which helps provide food for needy families.

When discussing why the movie survived the test of time, Witherspoon credited her character, saying Elle Woods “inspired people to believe in themselves. She just has a true sense of herself and she always wants to see the best in others.”

When asked by moderator Chloe Fineman if the cast had any idea how massive Legally Blonde would become, Witherspoon admitted that they were clueless.

“I don’t think any of us knew what this film was going to turn out to be or how much it would inspire young women and people across the world,” the 44-year-old actress confessed.

The Big Little Lies star added that she absolutely adores hearing women tell her that Elle Woods inspired them to pursue a law degree, which she says “really warms my heart.”

Of course, the team also reflected on the most quotable moment of the film, the iconic “Bend and Snap” and even synchronized a hilarious group reenactment over their Zoom call.

Witherspoon then spilled that the scene was actually a “full musical sequence that we wound up cutting out of the movie,” with Coolidge bitterly deadpanning, “We filmed that for a month!”

You can watch the entire reunion on Witherspoon’s Hello Sunshine YouTube page.

What Congress’ vote to decriminalize marijuana means for you
How the Salvation Army is collecting donations this holiday season
Another ‘Grey’s Anatomy’ episode, another surprise visit from the Great Beyond for Meredith
NASA will pay a firm $1 to go to the moon and get a sample
Aubrey Plaza says she was initially “terrified” to take on challenging ‘Black Bear’ role
Return of the Moff: Giancarlo Esposito talks about his Emmy-nominated ‘The Mandalorian’ role