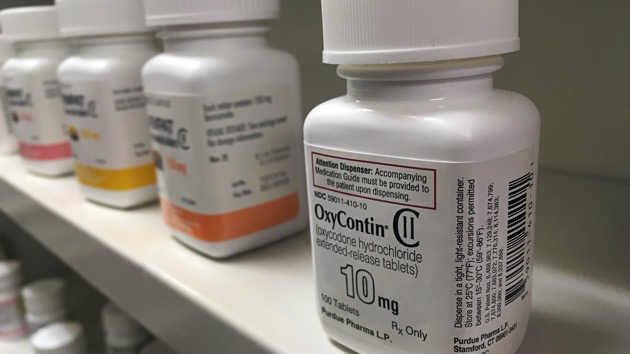 (WASHINGTON) — The Justice Department is expected to announce on Wednesday a settlement of civil and criminal charges against Purdue Pharma, the OxyContin maker widely blamed for fueling the nation’s opioid epidemic.

Terms of the settlement were not immediately clear but likely involves billions of dollars in fines that Purdue will be unable to immediately pay while the company is in the middle of bankruptcy proceedings.

The company is pleading guilty on three counts, one charge of defrauding the United States and two anti-kickback-related charges.

According to the DOJ the agreement does not limit the Sackler family — which owns Purdue Pharma — from criminal prosecution and says that investigations are ongoing.

The company could face up to an almost $8 billion fine, according to court documents

A spokeswoman for Purdue Pharma declined to comment but the company had signaled its intention to reach a settlement when it filed for bankruptcy protection a year ago.

The announcement is expected during an 11 a.m. news conference on Wednesday.

Purdue has also been accused of paying kickbacks to prescribers and specialty pharmacies and paying visits to doctors known to write medically unnecessary prescriptions.

Meadow Walker honors her late father on seventh anniversary of his death
Coronavirus live updates: Europe’s regulator to decide on Pfizer vaccine by Dec. 29
Cold blast all the way to the Gulf Coast, snow continues for Eastern Lakes
Hunter shot to death after being mistaken for a deer by another hunter
Republicans attack, Democrats defend Biden’s pick for OMB director
‘The Disney Holiday Singalong’ brings screen stars and Broadway talent together for heartwarming show of unity