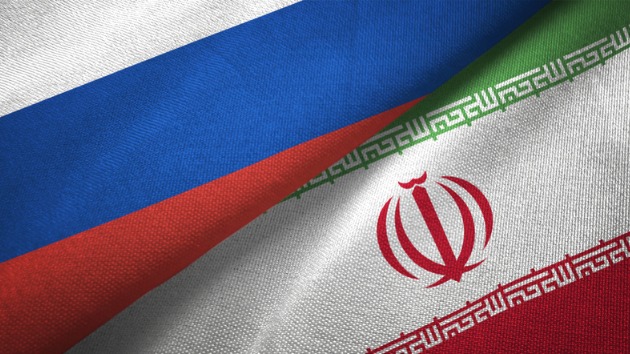 (WASHINGTON) — Senior national security officials alerted the American public Wednesday that Iran and Russia have both obtained voter data in their efforts to interfere in the 2020 U.S. election.

“This data can be used by foreign actors to attempt to communicate false information to registered voters that they hope will cause confusion, sow chaos, and undermine your confidence in American democracy,” Director of National Intelligence John Ratcliffe said in a surprise news conference Wednesday evening.

Ratcliffe also announced that Iran was separately behind a series of threatening emails that were found to be sent this week to Democratic voters, which he said was “designed to intimidate voters, incite social unrest and damage President Trump.”

Florida law enforcement and the FBI previously had said they were investigating the threatening emails allegedly sent from outside the United States to registered Democrats. The emails claimed to be from by a member of the Proud Boys, according to authorities, something the group denies.

According to sheriffs’ offices in both Brevard County and Alachua County, the sender claimed to belong to the “alt-right” group and said they were in possession of a voter’s personal information.

The Brevard County Sheriff’s Office said the email addressed the voter by name, then stated: “We are in possession of all your information. You are currently registered as a Democrat and we know this because we have gained access into the entire voting infrastructure. You will vote for Trump on Election Day or we will come after you.”

Ratcliffe additionally accused Iran of distributing content including a video implying individuals “could cast fraudulent ballots, even from overseas.”

“This video and any claims about such allegedly fraudulent ballots are not true,” Ratcliffe said. “These actions are desperate attempts by desperate adversaries. Even if the adversaries pursue further attempts to intimidate or attempt to undermine border confidence, know that our election systems are resilient and you can be confident your votes are secure.”

FBI Director Christopher Wray separately appeared at the news conference to assure Americans that the bureau will not tolerate attempts at foreign interference in the U.S. election, and would alert the American people when appropriate when it discovers such activity.

“When we see indications of foreign interference or federal election crimes, we are going to aggressively investigate and work with our partners to take appropriate action,” Wray said. “You should be confident that your vote counts. Early, unverified claims to the contrary should be viewed with a healthy dose of skepticism.”

“Our adversaries abroad seek to sow chaos and undermine voters’ belief in our democratic institutions, including the election systems and infrastructure that we rely on to record and properly report expressions of the voters’ will,” the statement said. “They may seek to target those systems, or simply leave the impression that they have altered or manipulated those systems, in order to undermine their credibility and our confidence in them.”

“Tonight we have learned that foreign entities were able to access voter registration information and send intimidating emails to American voters that were intended to influence how they vote,” Cohen said. “The president needs to take this threat seriously, stop spreading Russian disinformation and he needs to tell his allies on Capitol Hill to stop chasing conspiracy theories and instead start focusing on protecting America from foreign attacks.”