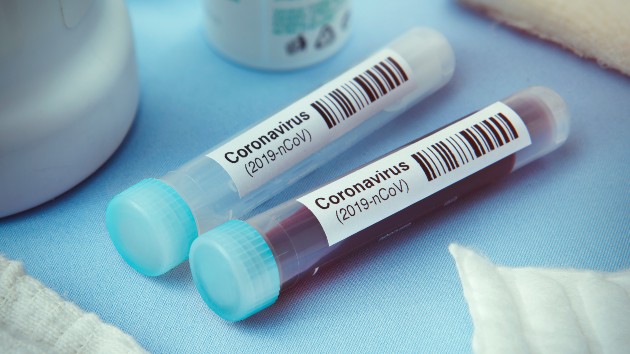 Over 40.7 million people across the globe have been diagnosed with COVID-19, the disease caused by the new respiratory virus, according to data compiled by the Center for Systems Science and Engineering at Johns Hopkins University. The criteria for diagnosis — through clinical means or a lab test — has varied from country to country. Still, the actual numbers are believed to be much higher due to testing shortages, many unreported cases and suspicions that some national governments are hiding or downplaying the scope of their outbreaks.

The United States is the worst-affected country, with more than 8.2 million diagnosed cases and at least 221,076 deaths.

California has the most cases of any U.S. state, with more than 883,000 people diagnosed, according to Johns Hopkins data. California is followed by Texas and Florida, with over 862,000 cases and over 760,000 cases, respectively.

Russia registered a record 317 deaths from COVID-19 in the last 24 hours, according to the country’s coronavirus response headquarters.

The previous record of 286 fatalities from COVID-19 in a 24-hour reporting period was set just last week.

The cumulative totals now stand at 1,447,335 cases and 24,952 fatalities, according to Russia’s coronavirus response headquarters.

Although Russia has been breaking its own records for daily case counts and deaths almost every day since Oct. 9, authorities there are resisting shutting down businesses again. Few measures have been imposed in Moscow, the epicenter of the country’s COVID-19 outbreak and recent surge.

Oct 21, 8:53 am
US surgeon general says herd immunity could ‘lead to many complications/deaths’

U.S. Surgeon General Jerome Adams said Wednesday that a “herd immunity” approach to combating COVID-19 could “lead to many complications/deaths.”

Adams posted the comment on his official Twitter account, along with a link to a recent article from The Journal of the American Medical Association entitled “What is Herd Immunity?”

“The summary: Large numbers of people would need to be infected to achieve herd immunity without a vaccine; this could overwhelm health care systems and lead to many complications/deaths,” Adams tweeted. “So far, there is no example of a large-scale successful intentional infection-based herd immunity strategy.”

The surgeon general’s comments come after the White House embraced a controversial declaration by a group of scientists calling for an approach that relies on “herd immunity.”

The so-called Great Barrington Declaration, which claims on its website to have been signed by more than 9,000 medical and public health scientists around the globe, opposes lockdowns and argues that authorities should allow the novel coronavirus to spread among young, healthy individuals while protecting the elderly and the vulnerable.

The Czech Republic confirmed 11,984 new cases of COVID-19 on Tuesday, a new record for the Central European country.

The Czech Republic has shattered its own record already several times this month. The country’s previous record of 11,105 new cases was set last Friday.

The cumulative total now stands at 193,946 cases, about one third of which were registered in the past seven days, according to data from the Czech health ministry.

More than 113,000 cases were active, including 4,064 patients who remained hospitalized for COVID-19, while over 79,000 have recovered from the disease, according to the health ministry data.

So far, 1,619 people have died from the disease in the Czech Republic. The country’s highest single-day death toll of 97 was recorded on Monday, according to the health ministry data.

The Czech Republic has the highest rate of COVID-19 infection in Europe. Over the past two weeks, the country of 10.7 million people has reported 975.8 cases per 100,000 population, according to data published Wednesday by the European Center for Disease Prevention and Control.

New restrictive measures, including mandatory mask-wearing outdoors and in cars, are slated to take force across the Czech Republic on Wednesday. The government was expected to meet early Wednesday to discuss additional measures.

An ABC News analysis of COVID-19 trends across all 50 U.S. states as well as Washington, D.C. and Puerto Rico found there were increases in hospitalizations over the past two weeks in 42 states.

Since Oct. 1, there have been 972,902 cases reported nationwide. More than 400,000 of those cases have been reported in just the last seven days. The country is on track this week to exceed one million cases for the month of October, making it the fourth month on record to surpass the grim milestone.

Cases are undoubtably surging nationally. The United States is currently averaging 57,000 new cases a day — the highest it has been in 11 weeks. That average has increased by 67% since Sept. 12.

There were 60,315 new cases of COVID-19 identified in the United States on Tuesday, according to a real-time count kept by Johns Hopkins University.

The latest daily tally is up by almost 2,000 from the previous day but remains under the country’s record set on July 16, when there were 77,255 new cases in a 24-hour-reporting period.

An additional 993 coronavirus-related fatalities were also recorded Tuesday, more than double the previous day’s death toll but still down from a peak of 2,666 new fatalities reported on April 17.

A total of 8,274,797 people in the United States have been diagnosed with COVID-19 since the pandemic began, and at least 220,133 of them have died, according to Johns Hopkins. The cases include people from all 50 U.S. states, Washington, D.C. and other U.S. territories as well as repatriated citizens.

The number of new COVID-19 cases recorded in the United States increased by more than 12% in week-over-week comparisons, according to an internal memo from the U.S. Department of Health and Human Services that was obtained by ABC News on Tuesday night.

The number of children diagnosed with COVID-19 across the United States increased by 13% in the first two weeks of October, according to a new report from the American Academy of Pediatrics and the Children’s Hospital Association.

There were 84,319 pediatric cases of COVID-19 reported nationwide from Oct. 1 to Oct. 15. The overall rate of infection is 986 cases per 100,000 children in the population, according to the weekly report, which was published Tuesday.

“While children represented only 10.9% of all cases in states reporting cases by age, over 741,000 children have tested positive for COVID-19 since the onset of the pandemic,” the report said.

Even so, the report noted that severe illness and deaths due to COVID-19 appear to be rare among children at this time. As of Oct. 15, children accounted for 1%-3.6% of total reported hospitalizations and 0%-0.27% of all COVID-19 deaths in the United States. Fourteen states reported zero pediatric deaths from the disease, according to the report.

“However, states should continue to provide detailed reports on COVID-19 cases, testing, hospitalizations, and mortality by age and race/ethnicity so that the effects of COVID-19 on children’s health can be documented and monitored,” the report said.