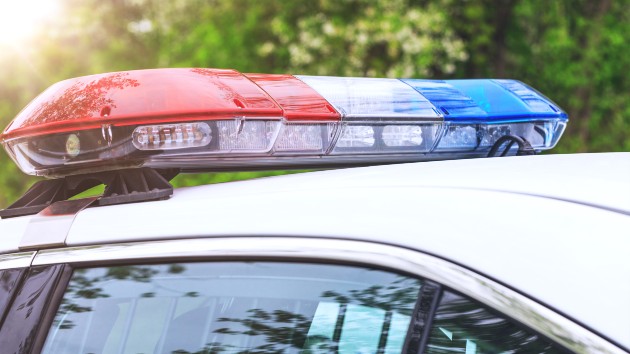 (NEW YORK) — A woman is lucky to be alive after a cop shot and killed a pit bull in the middle of a violent mauling that left her with serious injuries to her leg and neck.

The incident occurred on Oct. 20 at approximately 4:30 p.m. in Enfield, Connecticut, when a police officer was responding to a report of a large dog attack nearby, according to the Enfield Police Department.

The officer, who responded on foot to the call, immediately found a woman being attacked by a pit bull and noticed that she had sustained severe lacerations and tissue damage to her foot, which the animal was still clinging onto in the attack.

“The dog’s owners were able to briefly stop the dog from attacking the woman by pouring hot water on it,” the Enfield Police Department said in a statement released on social media. “The dog then lunged toward the woman’s neck area, bit her, and began to pull her back into the front yard of the property from the sidewalk.”

To avoid any further injuries to the woman, the Enfield Police Department said the officer “dispatched the dog.” Police did not say whether the dog was on a leash.

“The Enfield Police Department wishes to stress that action such as this is taken only under extraordinary circumstances,” authorities said in a statement regarding the incident. “This outcome, while unfortunate, appears to have been unavoidable from any further harm or additional injury.”

The woman involved in the attack was immediately treated by EMS personnel who responded to the scene to provide her with medical care. Her current condition and the severity of her injuries is unknown.

A supervisory review and investigation of this incident remains ongoing.

Ivanka Trump deposed by DC attorney general in inauguration investigation
Trump silent as UK is first to authorize vaccine
TikTok mom fires back at comments criticizing how she feeds her baby
Oscar winners George Clooney and Regina King among ‘People’ magazine’s 2020 People of the Year
Tyrese Gibson says the feud between him and The Rock has officially ended
‘Happiest Season’ breaks Hulu records; writer-director Clea DuVall says it was exciting and intimidating