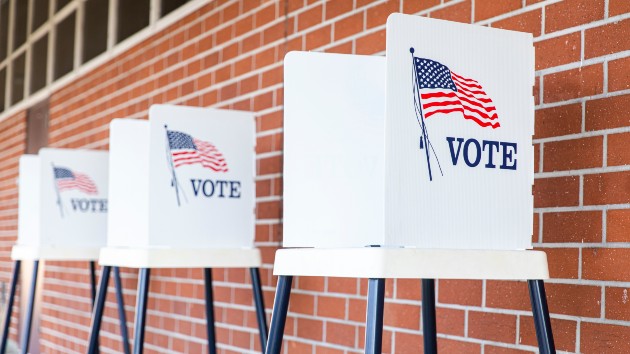 (WASHINGTON) — With two weeks until Election Day, early voting has begun in all 50 states plus Washington, D.C. In the states reporting data, at least 31 million votes have been cast in the 2020 general election.

Early voting continues to hit record numbers across the nation. As of Oct. 16, all 50 states plus Washington, D.C., have some form of early voting underway. At this time in 2016, 5.6 million votes had been cast. In other words, 20% of voters have already cast their ballot compared to the 2016 election.

More than 37.9 million votes have already been cast and at least 84 million ballots have been requested, according to the United States Elections Project, spearheaded by University of Florida’s political expert Michael McDonald.

The unprecedented early voting numbers are a factor of the coronavirus pandemic as well as an increase in voter interest. Voters are more eager to cast a ballot ahead of Election Day where polling sites could be viewed as overcrowded during pandemic standards. The 2020 general election has more voting options than ever before.

North Carolina, a crucial battle ground state, has seen an increase of votes over the past few days with 1,853,535 votes casted. Sixty percent of voters have already voted in North Carolina compared to the same period in 2016.

On Tuesday, early in-person voting kicked off in Wisconsin. The state has already seen about four times more absentee ballots cast and five times as many ballots requested as compared to this time last year, and as trends indicate across the nation and within the state, the start of early voting is likely to bring in another big wave of voters.

California, Colorado, Connecticut, Hawaii, Nevada, Oregon, Utah and Washington conduct predominantly all-mail elections, meaning all active registered voters are mailed a ballot without requesting them. Some of these states had this before the pandemic, but other states have adapted to the current times.

How the Salvation Army is collecting donations this holiday season
Another ‘Grey’s Anatomy’ episode, another surprise visit from the Great Beyond for Meredith
NASA will pay a firm $1 to go to the moon and get a sample
Return of the Moff: Giancarlo Esposito talks about his Emmy-nominated ‘The Mandalorian’ role
Coronavirus live updates: US has worst day yet with record number of new cases and deaths
New data shows people who got Moderna vaccine still had antibodies three months later